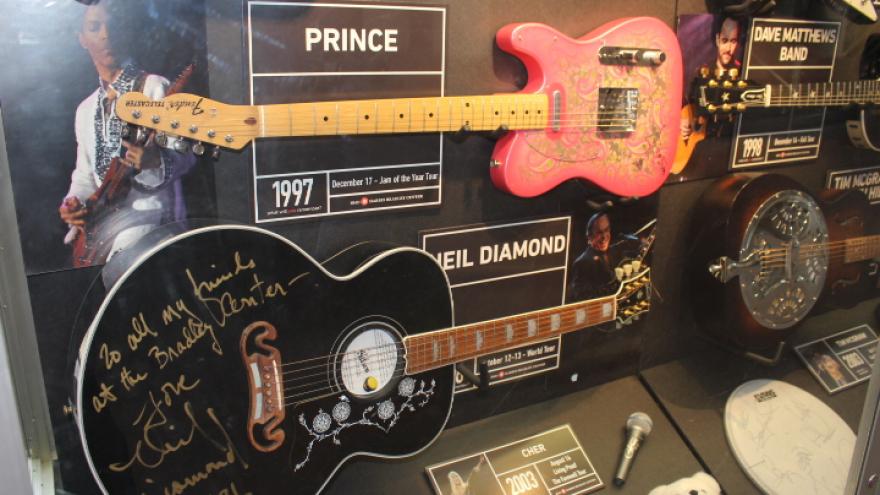 MILWAUKEE (CBS 58) -- More than $160,000 was raised through an online auction of Bradley Center memorabilia.

More than 350 items were up for auction, including instruments, props, and costumes.

The top-bid getter was a pink paisley guitar autographed by Prince that sold for $25,000.

$3,550 for a set of five microphones autographed by *NSYNC during the 1999 No Strings Attached Tour

$3,450 for an AC/DC autographed cymbal and drum cover set

Proceeds from the auction will help cover the Bradley Center's final expenses.

The auction featured event memorabilia only. The arena seats are considered part of the building structure and will be transferred with the building to the Wisconsin Center District when the Center closes permanently later this summer. Most building equipment and furniture is being sold in large lots to direct buyers. Some memorabilia, along with the original building plans and other historically important artifacts and documents, will be transferred to the State Historical Society, the Milwaukee County Historical Society and the Milwaukee Public Library.