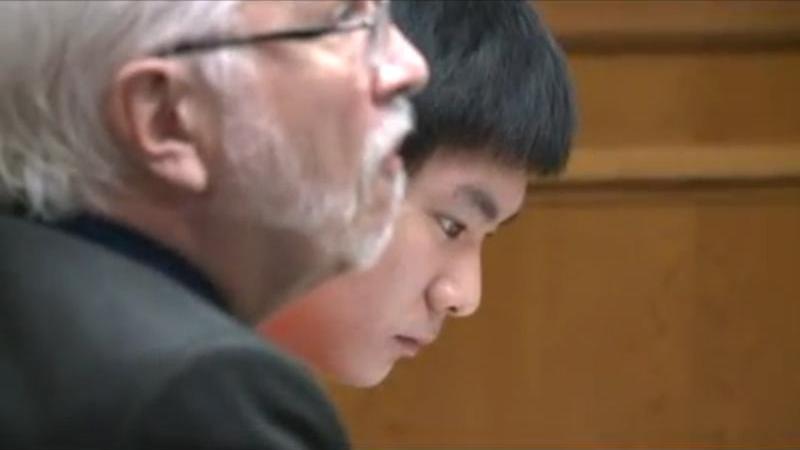 WAUSAU, Wis. (WSAW) -- A 16-year-old Wausau teen convicted of fatally stabbing an 8th grader in February 2015 will spend 13 years in prison and 17 years on extended supervision.

After two delays, Dylan Yang appeared in court Wednesday morning for a sentencing hearing. The court heard testimony from more than a dozen character witnesses including teachers, his therapist and law experts.

Betsy Stangel teaches an algebra support class at Wausau East High School. She testified, recalling that Yang was in a bad mood and had out of the ordinary behavior on the Friday prior to the day of the stabbing. She regrets not asking him more questions.

Also testifying Wednesday morning was Yang's therapist, Tracey Schindler. She told the courtroom she was surprised to hear of Powell's death as she has worked with Yang on anger issue as he had abandonment issues from his father. She said Yang excelled in dance crew and was adopting a leadership position teaching younger children. Despite that, Schindler said Yang still lived in fear of bullying.

University of Minnesota Social Scientist, Kari Smalkoski said Dylan Yang was violently bullied. She said, while in California he was periodically dragged down to a canal by group of boys and beaten. Smalkoski said she meet with Yang Thursday to discuss his past of being bullied.

And emotional recounts of the night of Isaiah Powell's death from his girlfriend, cousin, sister, aunt and grandfather.

"I hope today brings some closure so I can continue to heal. My mom has been affected the most. A parent does not expect to bury their child. Mom was evicted due to all of Isaiah's medical bills. My mom is homeless," said Alexis Powell, Isaiah' second oldest sister said of the toll her brother's death has taken on their whole family.

The nearly eight hour sentencing hearing concluded as Judge LaMont Jacobson spoke his final thoughts before sharing Yang's punishment.
“I cannot understand the pain you are going through. You have suffered horrifically, said Jacobson addressing the Powell family.

Judge Jacobson said he believed when Yang when he says he is remorseful.

She said Yang should be sentenced to 45 years due to the the gravity of case. She said probation only would cause people to think 'that’s not so bad'.

“The defendant is not the victim here,” said Pluster.

However, Yang's attorney hinted probation could be appropriate.
“He has expressed remorse. He's sad for Isaiah's family”, said Yang's attorney Harry Hertel. Hertel said Dylan wishes he could bring Isaiah back. “Sadly, those prayers have come too late,” Hertel explained.

Yang was given the opportunity to address the court Wednesday afternoon. Which he took. 'I would do anything to bring him back. I would trade places with Isaiah if I could,” he said. Yang appeared to get emotional at times. “I'm sorry that I broke your guys' hearts”, Yang said asking the judge for a second chance.

Despite being tried as an adult Yang will serve time in the state's only youth prison-- Lincoln Hills in Lincoln County. He will remain there until after his 18 birthday.

Yang was 15-year-old at the time of his arrest. He will receive credit for 590 days already spent in custody.