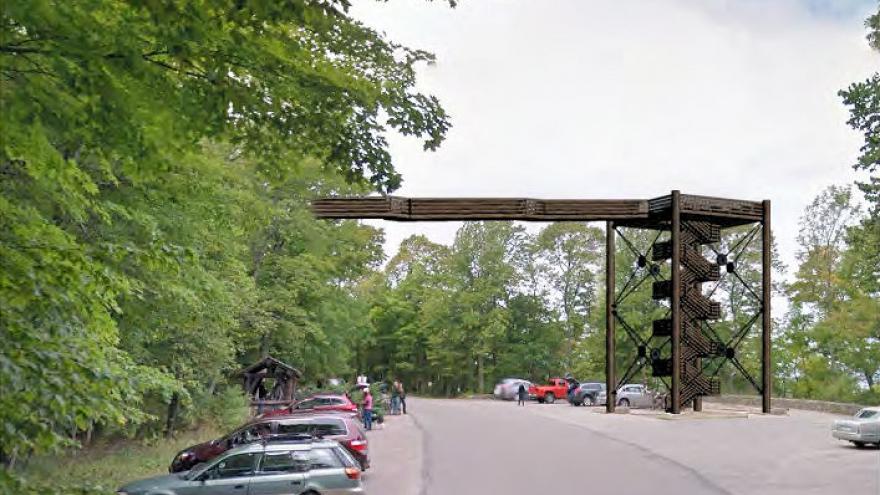 According to a news release, improvements will begin over the next year, including a rebuild of Eagle Tower with an accessible ramp.

"This is great news for the park and the more than 1 million people who visit it each year," said Ben Bergey, DNR Wisconsin State Parks Director in a news release.

The State Building Commission approved the transfer of $1.4 million in additional funds to rebuild the tower at its Oct. 16 meeting, bringing the total project budget to $3.4 million.

The Friends of Peninsula State Park have raised $750,000 in private donations for the tower, and the building commission had previously approved $1.25 million to rebuild it. However, bids to rebuild the tower came in a million dollars over the anticipated cost after being bid out twice resulting in additional approval from the State Building Commission.

The new tower will consist of a 60-foot observation tower with a 1,000-square-foot observation deck at the top and an accessible ramp approximately 850 feet long with an additional observation deck off the ramp. The Department of Natural Resources took down the previous 84-year-old tower in 2016 after an inspection report raised significant concerns over its structural integrity. 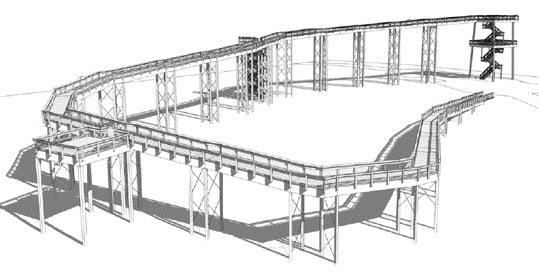 The friends group is also donating $360,000 for an addition to the nature center, with a new activity and meeting room for up to 50 people, indoor accessible restrooms, and functional storage and program preparation space. The public is welcome to attend the official ground-breaking ceremony, hosted by the friends group, scheduled for 1 p.m. on Wednesday, Oct. 30, at the nature center.

Campground improvements include electrifying an additional 23 campsites in the park and upgrades in picnic tables and fire rings, as well as enhancements to camping pads at 450 campsites.

In addition to these projects, Northern Sky Theater is funding improvements to the park's amphitheater, which they lease for their summer performances. Those improvements include new flush restrooms, future improvements to upgrade sound and lighting as well as merchandise and concession buildings.

The Peninsula Golf Association has also recently completed the full replacement of the golf course irrigation system, including a new pump house and equipment replacement.

"Peninsula State Park is the most heavily used camping park and second behind Devil's Lake for total annual visitors," Bergey said. "These improvements will enhance visitor and camper experiences. Unfortunately, though, while this work is going on there will be some commotion in the park, and there may, at times, be limited access to parts of the park or facilities. We're asking people to 'pardon our dust' in the short term knowing in the long term the park will be greatly improved."

While the park improvements are going on, the Wisconsin Department of Transportation is also in the process of repairing Highway 42, the main road to the park. That project is expected to cause some delays accessing the park, including periods where the main access will be Shore Road through the Peninsula Golf Course. The highway repair is scheduled to conclude in June 2020. Additionally, Wisconsin Public Service will be replacing over four miles of the overhead power lines in the park with buried power lines.

"Partnerships like the Friends, Northern Sky, Peninsula Golf Association, Door County Historical Society and WPS help us serve our customers. Without these key partnerships, the wide variety of recreational opportunities and experiences would not be available at Peninsula," Bergey said.

The facilities and infrastructure at Peninsula State Park date back well before the 1950s. Through the state budget and other budget initiatives championed by local legislators, Peninsula will see significant upgrades in the next several months.