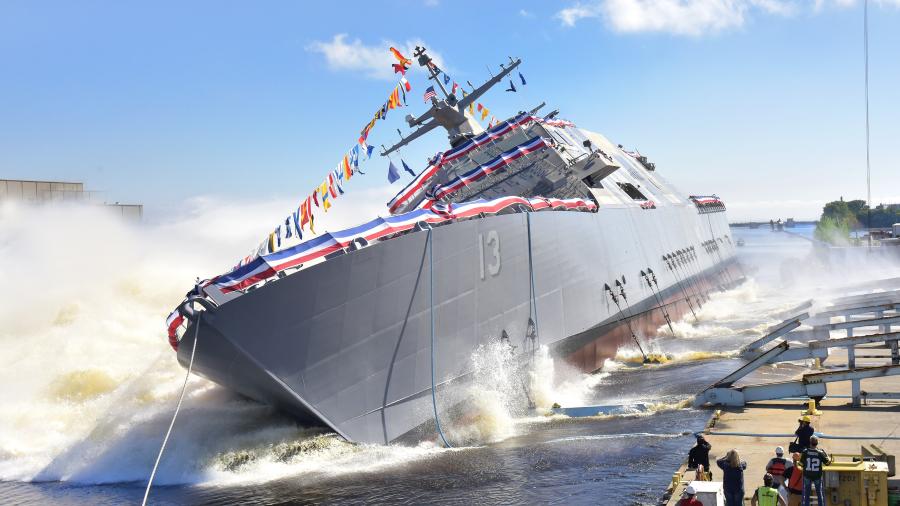 The Lockheed Martin-led industry team is currently in full-rate production of the Freedom-variant, with six ships under construction at Fincantieri Marinette Marine and three more in long-lead material procurement. The ship’s design and open architecture allows the Navy to rapidly acquire and deploy a fleet of highly flexible and capable ships at a fraction of the cost of other platforms.