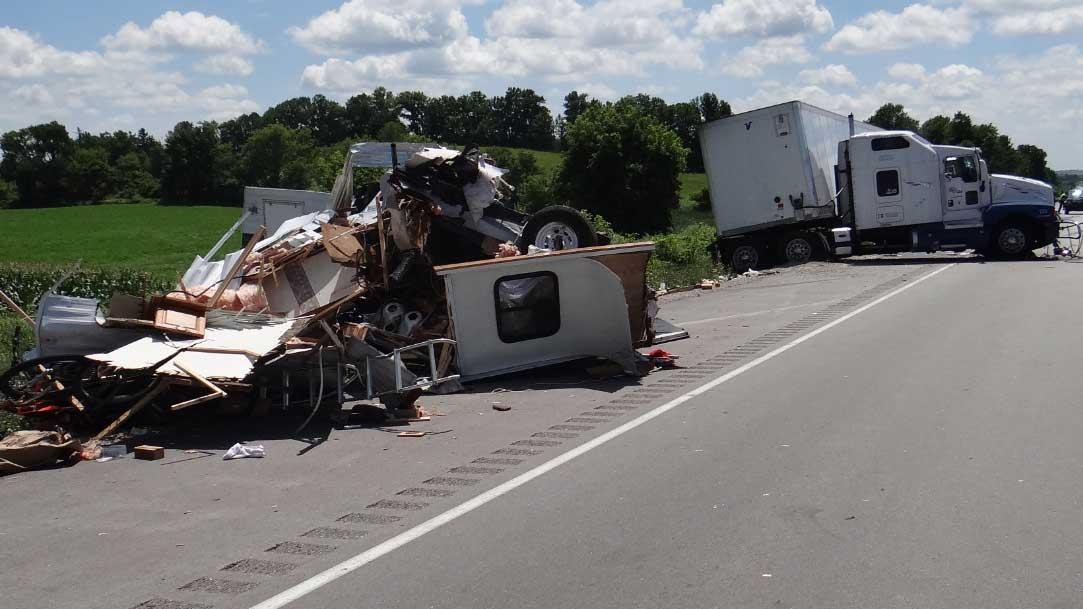 A 13-year-old was flown by Flight for Life this morning from a motor vehicle accident involving a semi and pickup on Interstate 41.

According to Dodge County Sheriff’s Office, the crash occurred around 10:50 AM on Monday on Interstate 41, south of Sth 67, in the Township of Lomira, Dodge County, Wisconsin.

A Illinois man was driving a 2006 Chevrolet pickup, towing a travel trailer, and was traveling north on I-41.

Passengers in the Chevrolet included 4 children.

A man from Durand, Wisconsin was operating a 2004 Kenworth semi (towing an enclosed box trailer, which was empty) north on I-41.

The Kenworth struck the rear of the travel trailer, causing the Chevrolet and travel trailer to overturn.  I-41 northbound traffic lanes were closed for almost 4 hours while the crash was being investigated and cleanup was being conducted.

Neither driver was injured.

The crash remains under investigation by the Dodge County Crash Investigation Team and the Wisconsin State Patrol.