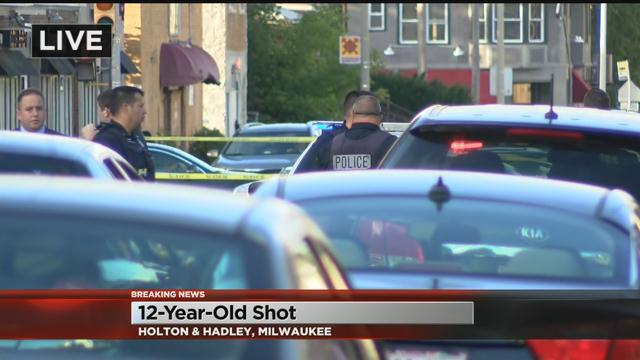 A 12-year-old was shot by a passing vehicle in the 2800 block of North Holton Street on Monday around 3:50 PM.

According to Milwaukee Police, the victim and the vehicle in which he was seated were struck by gunfire.

He suffered a non-life threatening injury and was taken to a local hospital.

"He was getting ready to go to the barber shop and then I got another call from him saying the car was just shot." Isabelle Jackson told CBS 58 News. Her son was in the same car. "He didn't make it to the barber shop."

Jackson says she's at a loss for an explanation about the motive.

"I don't know how many individuals were in the car at the time. All I know is my son was one of them. It's very scary for parents who have younger children out here and have to go through this."

MPD continues to seek the suspects and their vehicle and is investigating what led up to the incident.

Officers have a huge presence at the scene.

Look for more information as it becomes available.