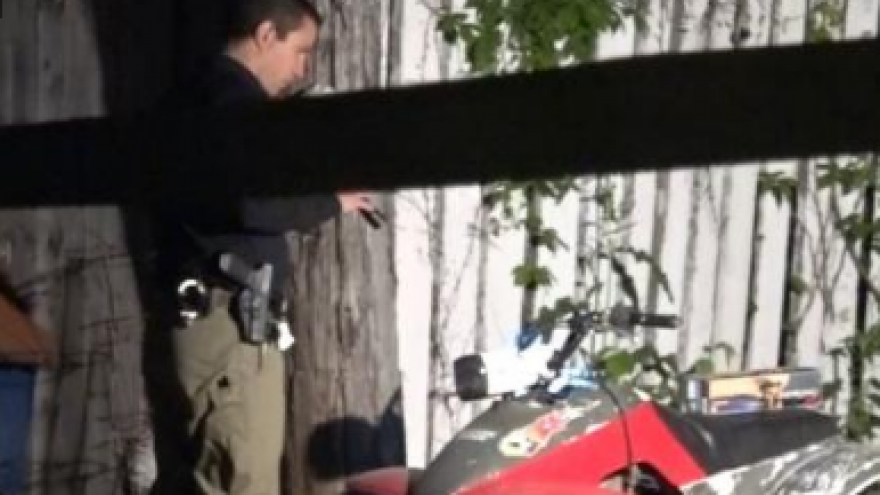 ROCKFORD, Ill (CBS) – Police are searching for the suspect who fatally shot a 12-year-old boy as he was riding an ATV in an alley on Wednesday evening.

Donavan was riding the ATV in an alley behind his family’s home, off 16th Avenue between 4th and 5th Streets around 8:00 Wednesday night, when he suffered a single gunshot wound in the upper body; in what both police and Donavan’s parents believe was an attempted robbery. CBS Rockford reports.

His mother, Nicole Foster believes the killer was a teenager from the neighborhood.

“He was such a good boy,” she cried. “He got good grades, played in band. He was going to march in the parade. Just doing things that 12-year-old kids do. He was just playing on his four-wheeler.”

Police were told there were three young people seen nearby before the 12-year old was shot. The ATV was not taken.

Police are still investigating the murder. Detectives are trying to identify the suspect, as well as two others who were in the area with the suspect just before the shooting.

“Anybody that has the answers, because we have questions, please tell us, call. If you do not want to call the police. Somebody knows who did this to my baby, somebody knows,” said parents, Felix Perez Jr. and Nicole Foster.