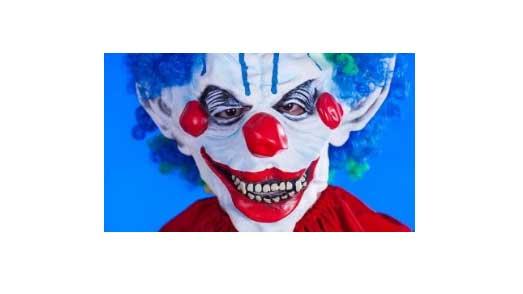 A seventh grade student in West Bend was arrested for representing herself as a clown and sent text messages to classmates.

According to West Bend Police, the girl is a student at Badger Middle School.

In the messages the “clown” told the students where they lived and went to school. The messages included statements

“If you see a red balloon just know I was there,” and questions like “do you want to play?” The messages alarmed and disturbed the students.

A father of one of the students receiving the messages was particularly alarmed because of the news regarding clowns throughout the country.

The father then contacted police. On Tuesday morning a number of students that received these messages notified school officials.

In addition, numerous other students spread rumors regarding the “clown.” This further disrupted the school day and learning environment at Badger Middle School and other West Bend schools.

The girl admitted sending the messages and stated she did so as a joke.

The seventh grader told police she had not intended to scare students.

The 12 year old girl was released to her parents and a charge of Disorderly Conduct was referred to juvenile authorities.