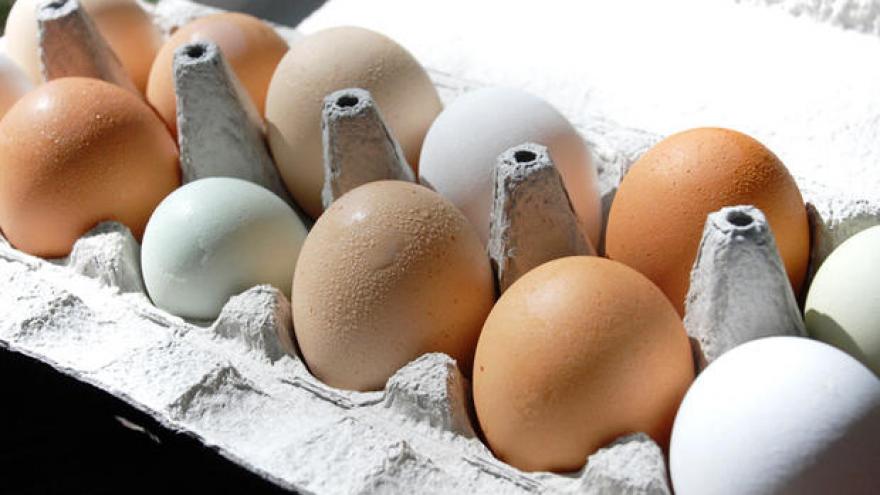 JEFFERSON CITY, Mo. - A dozen states are banding together to ask the US Supreme Court to block a California law requiring any eggs sold there to come from hens that have space to stretch out in their cages.

Missouri Attorney General Josh Hawley said Monday that he plans to file a lawsuit on behalf of the states alleging California's law has cost consumers nationwide up to $350 million annually because of higher egg prices since it took effect in 2015. The lawsuit, provided to The Associated Press, argues California's requirements violate the US Constitution's interstate commerce clause and are preempted by federal law.

A federal appeals court panel rejected similar claims last year in a separate case brought by six states, ruling that they failed to show California's law would affect more than just individual farmers. The latest lawsuit seeks to address that by citing an economic analysis of the California law. It also asks the Supreme Court to take up the case directly instead of requiring that it first move through the lower courts.

Hawley, a Republican who is running for US Senate in 2018, is leading the lawsuit. Other plaintiff states are Alabama, Arkansas, Indiana, Iowa, Louisiana, Nebraska, Nevada, North Dakota, Oklahoma, Utah and Wisconsin. All have Republican attorneys general except Iowa, which has a Democrat.

The California attorney general's office did not immediately respond to a request for comment Monday.

California produced about 5 billion eggs and imported an additional 4 billion from other states in 2012, according to the lawsuit. Thirty percent of those out-of-state eggs came from Iowa, the nation's top egg producer. About 13 percent of California's egg imports came from Missouri, the second-highest percentage cited in the lawsuit.

The number of eggs produced in California dropped to 3.5 billion last year despite rising nationally, according to the US Department of Agriculture. Missouri's egg production was up 60 percent since 2012 to 3.2 billion last year.

Hawley asserted in statement that California's egg law is "a clear attempt by big-government proponents to impose job-killing regulations" on other states.

California voters approved a ballot initiative in 2008 that requires hens in cages spend most of their day in spaces large enough that they can lie down, stand up, turn around and fully extend their limbs. The measure gave farmers until 2015 to comply.

After California egg farmers raised concerns that they would be put a competitive disadvantage with those elsewhere, state legislators in 2010 expanded the law to bar the sale of eggs from any hens that weren't raised in compliance with California's standards.

The California law cites concerns about protecting people from salmonella and other illnesses. But the suing states say such health concerns are unmerited and are merely a pretext for protecting California's agriculture industry.

The lawsuit cites a study from a University of Missouri economist who concluded that the national price of a dozen eggs has increased between 1.8 percent and 5.1 percent since January 2015 because of the California cage requirements. The study said the price increase has added thousands of dollars annually to states' costs for supplying eggs to prisoners.

The study also estimated that California's egg regulations have cost US households up to $350 million annually, including about $97 million for those whose incomes are in the lowest one-fifth nationally.