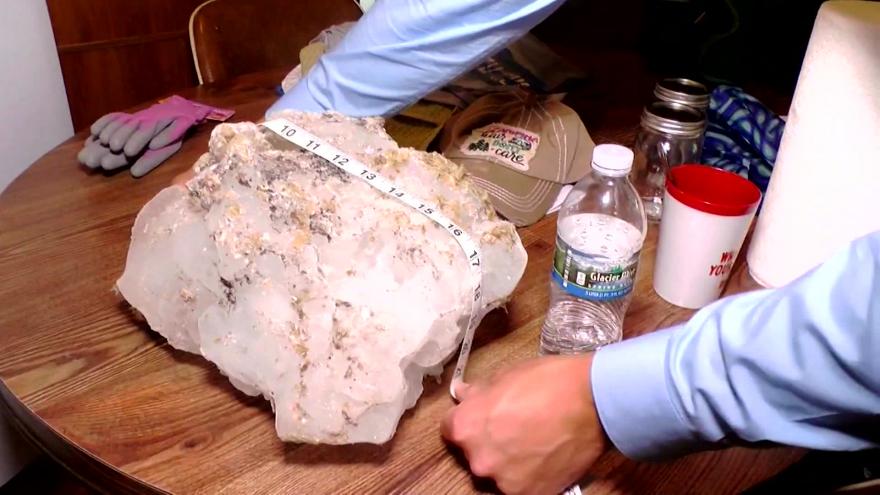 WISCONSIN (CBS 58) -- A homeowner in western Wisconsin is dealing with damage after a giant chunk of ice fell through his roof early Tuesday morning.

Ken Millermon said he had just returned home from taking his daughters to school when he went into his bedroom and a large ball of ice weighing more than 12 pounds fell through his roof, about four inches from him.

An insurance adjuster inspecting the incident told Millermon that based on damage, the chunk of ice was estimated to be falling around 150 miles per hour.

The source of the giant ice chunk is still unknown.