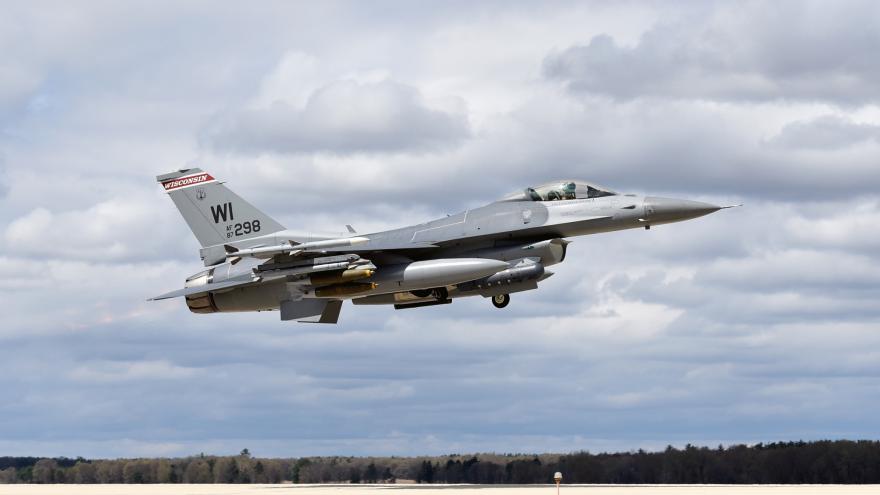 The pilot's identity will not be released until 24 hours after notifying the service member's next of kin.

“We are deeply saddened by this tragic loss, and our thoughts and prayers are with the family during this difficult time,” 115th Fighter Wing commander Col. Bart Van Roo said. “Today is a day for mourning, and the 115th Fighter Wing along with the entire Wisconsin National Guard stands with the pilot’s family as we grieve the loss of a great Airman, and patriot.”

A multi-state, interagency search for the pilot and aircraft immediately followed the crash.

MANISTIQUE, Mich. (AP/CBS 58) — A Wisconsin-based F-16 fighter jet crashed in Michigan’s Upper Peninsula while on a training mission and searchers were looking Wednesday for the pilot, who was the only person aboard, authorities said.

The cause of the crash, as well as the status of the pilot, weren’t immediately known, the statement said.

Emergency responders were at the crash scene. The statement didn’t specify where in the Upper Peninsula the plane crashed, but WLUC-TV reported it was in the Hiawatha National Forest near the Delta-Schoolcraft county line.

Gov. Tony Evers released the following statement on the crash:

“I was devastated to learn last night that a member of the Wisconsin Air National Guard was involved in an F-16 crash in the Upper Peninsula. As search and rescue operations continue, Kathy and I are hoping and praying for the pilot’s safe return. Our hearts go out to pilot’s family as well as the members of the 115th Fighter Wing as they continue working to bring the pilot home.”