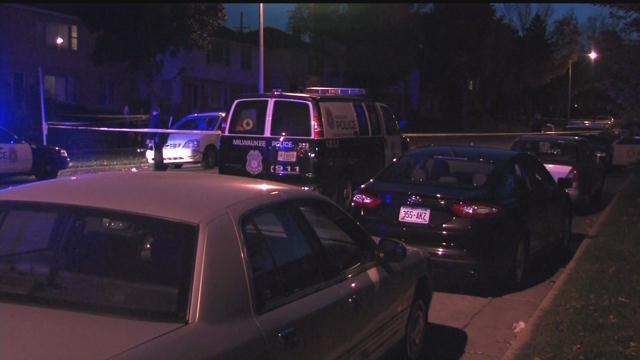 “I heard multiple gunshots ringing out.”

Evidence markers litter the street on 77th and Villard, showing just how many bullets a young groups of kids were caught in between as they walked home from the school bus

Charles Bishop was waiting for his three kids when he heard the shots, and immediately ran outside

“I tried to get all of the kids in, into the house, so I tried to make sure everyone was safe,” Bishop said.

Half a dozen kids, and an elderly woman followed Bishop inside, and then he saw blood. An 11-year-old was so distraught he hadn't realized he'd been hit in the hand by a bullet. That's when Bishop says he did what any parent would

“I called his parents, I couldn't contact them, so I just put him in my van and I told him I was going to take them to the hospital.”

Before he could get down the block, police arrived. Bishop says despite his efforts don't call him a hero

Any real sane human is going to try to save another humans life, I mean, or get them out of danger because that's what I would want them to do with me.”

The boy was taken to a hospital but his injuries are described at non life threatening.