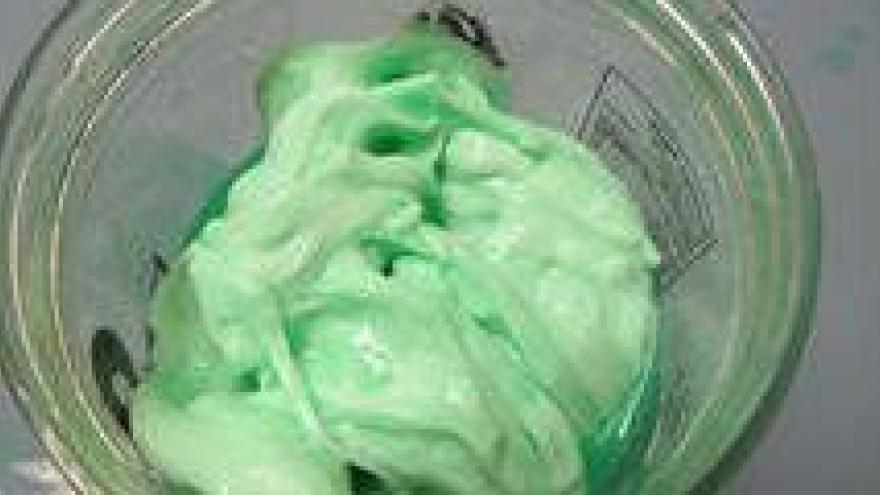 (CBS NEWS) Kathleen Quinn just finished creating a popular gooey concoction called “slime” at her kitchen table last week when she noticed both of her hands were starting to hurt.

She told her parents, who noticed her skin was starting to turn bright red and starting to bubble. They immediately drove her to a nearby hospital, where they discovered her hands were covered in second- and third-degree burns, CBS Philly reports.

“She was like crying in pain, ‘My hands hurt, my hands hurt,’” said Siobhan Quinn, Kathleen’s mother. “And we looked at them and they were covered in blisters.”

The blistering burns were a result of handling homemade slime, the newest social media craze that’s inspiring kids to make their own with do-it-yourself recipes.

In fact, it’s become so popular, liquid glue sales rose during the second half of 2016, and during the last four weeks of the year they more than doubled, according to Newell Brands (NWL), the parent of Elmer’s Glue.

“We’ve seen a variety of slime recipes oozing through cyberspace over the past few weeks,” Newell Brands said in a statement to CBS News earlier this month. “Glitter slime, clear slime, sequin slime, glow-in-the-dark slime, puffy slime, and metallic slime are just a few of the gooey concoctions to surprise us, all of which use Elmer’s glue as a key ingredient.”

Borax sales are also on the rise because it’s a key ingredient in making slime. Doctors, however, have warned parents that Borax can be toxic if it’s not safely diluted, which may have been the case with Quinn.

Though she’s in pain, Kathleen is expected to make a full recovery. But her parents hope others share their daughter’s story as a warning to beware of homemade slime, and be extra cautious when using Borax.