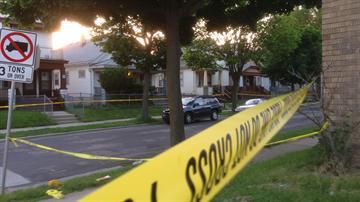 Milwaukee -- An 11-year-old girl was transported to Children's Hospital after she was shot inside of a convenience store, around 6:55 p.m.

Police say two suspects entered the store at the 2500 block of W Hopkins, attempting a robbery.

Police don't know why the girl was shot, but her injury is non-life threatening.

CBS 58 stopped by looking for any surveillance tape, but the store clerk said they couldn't give it to us right now.