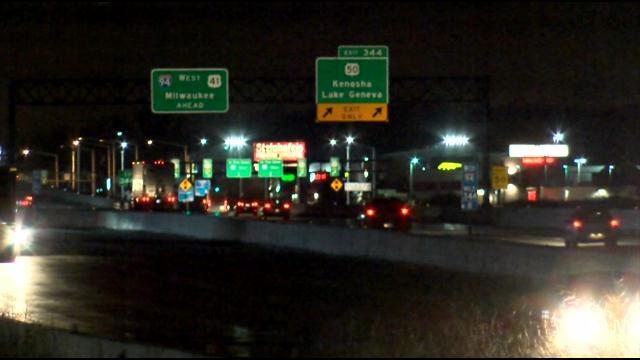 The Blue Bus Line Charters and Tour out of Chicago, was on its way back to Chicago after a trip to Potawatomi Casino when suddenly it lost control on I-94 in the Village of Bristol. Passenger Jill Bien describes the chaos.

\"It swerved back into traffic and I'm yelling stop the bus, stop the bus, and we started going back towards the wall again,\" Bien said.

Bien watched in horror as the bus crashed into a wall and then there was fear when she turned towards the driver's seat.

\"The driver was passed out, head first, down the stairwell, against the doorway,\" she said.

There was no driver, a speeding bus, and cars flying by on highway

\"I just decided I was either going to die or die trying and I got straight for that seat, got on that seat and put on the break and just stopped.\" Bien said.

Bien, having never driven a bus, took control of the wheel and surprisingly got it to stop.

\"I don't think I did anything that great, you just do what you gotta do to try and make yourself safe, and everybody else safe,\" she said.

\"It was actually a good thing that it happened where it did because that bus didn't overturn, didn't hit any other cars, it just bumped the side where it came to rest, she was able to put the brakes on it,\" Ruth said.

Eleven people were hurt in the crash, all minor injuries, The bus driver is expected to be okay.