102,000 Pounds of Food was Collected at Thanksgiving Drive-Thru Food Drive 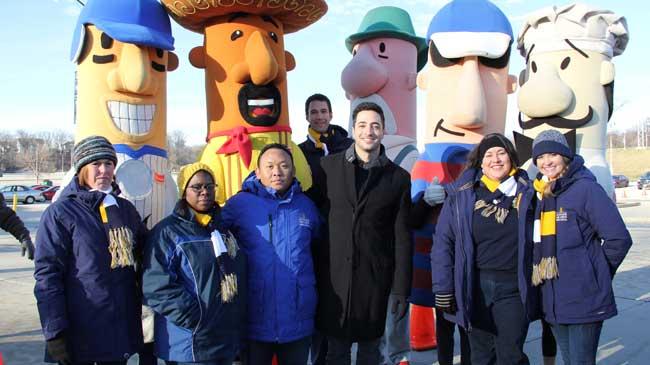 CBS 58 teamed up with Brewers Community Foundation and Hunger Task Force to help feed Milwaukee-area families in need as the Thanksgiving holiday approaches.

The three organizations hosted the  “Thanksgiving Drive Thru Food Drive” at Miller Park on Wednesday.

Each vehicle that donated received a Brewers bobblehead. A number of Brewers special guests were on hand throughout the day to collect donations as well.

Brewers Outfielder Ryan Braun surprised fans as they stopped by to make their donations. he signed some autographs and greeted fans with hugs and happy holiday wishes. He also spoke to CBS 58's Jessica Tighe.

This is the third year in a row Ryan Braun has made an appearance at the thanksgiving drive thru food drive.