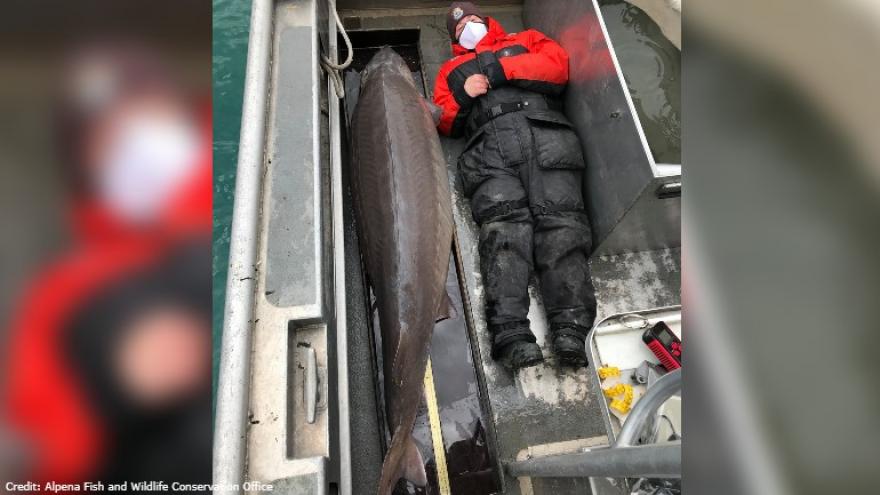 DETROIT, Mich. (CBS 58) -- A huge sturgeon caught in the Detroit River is one for the record books.

The Alpena Fish and Wildlife Conservation Office reported Friday, April 30, a native species crew caught a giant sturgeon weighing in at 240 pounds, measuring 6'10' long, and a girth of nearly 4 feet!

The fish is believed to be more than 100 years old.

"Based on its girth and size, it is assumed to be a female and that she has been roaming our waters over 100 years. So, she likely hatched in the Detroit River around 1920 when Detroit became the 4th largest city in America," a Facebook post reads.

According to the conservation office, the large female fish was quickly released back into the Detroit River after being processed.