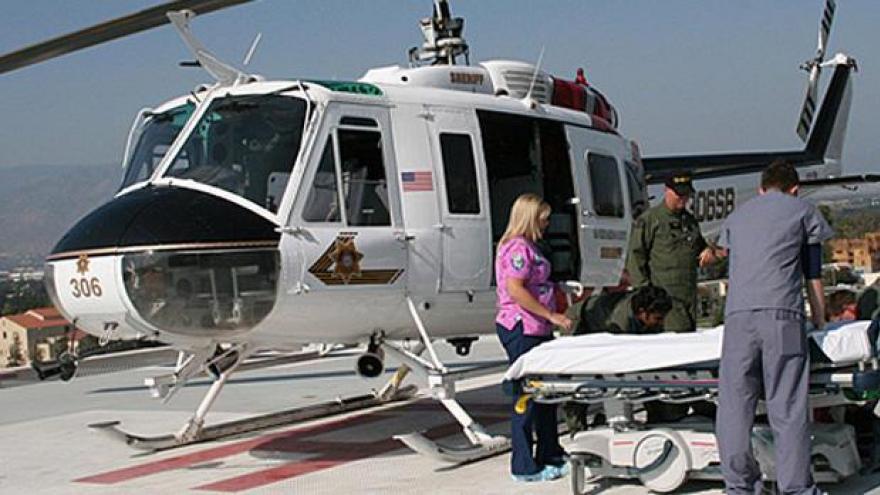 (CBS NEWS) LAKE ARROWHEAD, Calif. -- A 1-year-old boy was rescued from the water after surviving a 25-foot drop off the Aztec Falls near Lake Arrowhead, Calif., in the San Bernardino Mountains Sunday afternoon.

The San Bernardino County Sheriff’s Department reports the boy was on a day hike with his family when the fall occurred at around 2:10 p.m., according to CBS Los Angeles.

The boy and a family member were standing on top of the Aztec Falls when they both fell down the waterfall into the pool below. The victim was underwater for a short time before being pulled from the water, the sheriff’s department reports.

Witnesses called 911 and a sheriff’s department helicopter was called out. Rescuers arrived to find the both breathing. He was hoisted into the chopper and airlifted to a trauma center for evaluation.

Doctors determined he did not suffer any injuries, SBSD said.

What initially caused the fall was not confirmed.