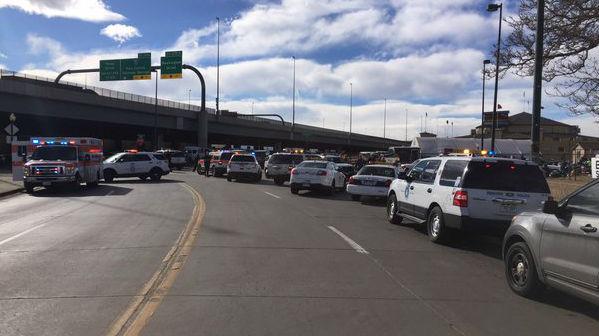 (CNN) One person was killed and a number of people were injured Saturday afternoon when shots were fired and a stabbing occurred at a motorcycle show at the Denver Coliseum, Denver police said.

The violence broke out at about 12:45 p.m. (2:45 p.m. ET) during Colorado Motorcycle Expo weekend at the coliseum on the National Western Stock Show complex, said police spokeswoman Raquel Lopez.

Lopez didn't give the number of injured people but said "multiple other victims" were taken to area hospitals. She didn't say whether the person was killed by stabbing or shooting.

Denver Health tweeted that nine people had been taken to area hospitals from the coliseum. The hospital was put on lockdown as a precaution.

Nobody has been arrested, Lopez said.