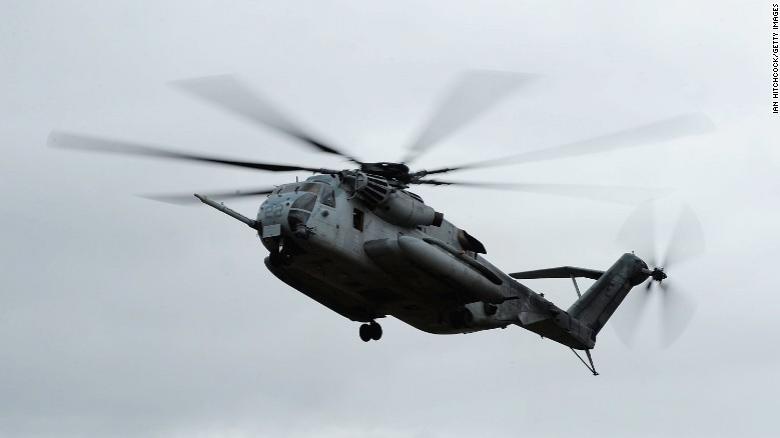 One service member was killed and as many as 10 others were injured when a U.S. Marines helicopter had a hard landing Wednesday night at Camp Lejeune, North Carolina, the Marine Corps said.

A CH-53E helicopter made the landing at about 9 p.m. during a training exercise, the Marine Corps said. Further details weren't immediately available.

Seven service members were treated at a hospital at Camp Lejeune; one was admitted and was in stable condition, while the others were scheduled for release, according to the Marine Corps.

Three others were taken to a different hospital and were in stable condition, the service said.