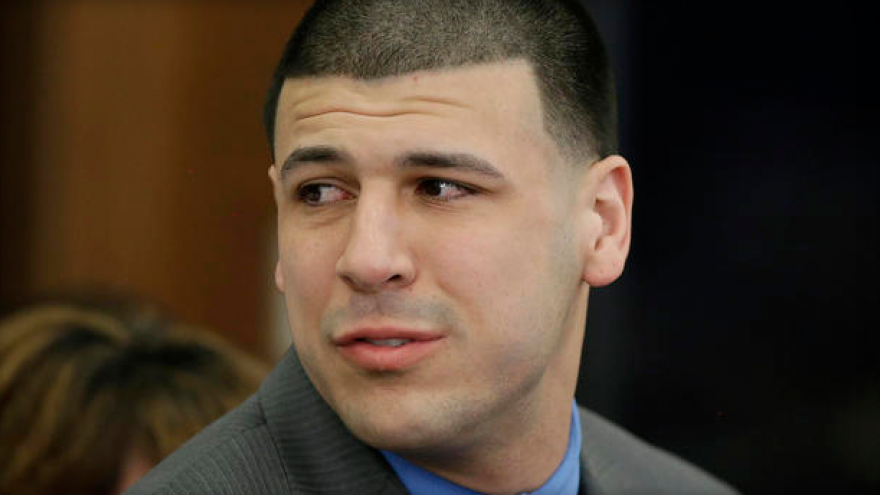 BOSTON – A suicide note written by Aaron Hernandez to his fiancee concludes "(YOU'RE RICH)", and implores her to "tell my story fully, but never think anything besides how much I love you."

The note was released Friday as a part of court documents filed by prosecutors as part of their efforts to convince a judge to deny the request to vacate the former NFL star's conviction in the murder of Odin Lloyd, reports CBS Boston.

In a letter to Shayanna Jenkins-Hernandez, the former Patriots tight end wrote that he wanted her to "live life and know I'm always with you."

Hernandez, 27, was found hanging from a bed sheet in his cell on April 19, just five days after he was acquitted in the killings of two men in Boston in July 2012.

Massachusetts State Police released their final report on Hernandez's death Thursday, including a photograph of a blood-stained bible.

The report described interviews with inmates who said that in the days before his death, Hernandez appeared happy about his acquittal and seemed to be looking forward to the future.

"They stated that he was positive and even happily emotional, which was not usual of Hernandez," the report states.

An inmate who claimed to be one of Hernandez's closest friends said he was shocked by Hernandez's suicide because he seemed so upbeat after his acquittal.

"Since Friday's verdict he had been talking about the NFL and going back to play even if it wasn't with the Pats," the inmate said, according to the report.

"He talked about his daughter and spending time with her," the same inmate said.

"There was absolutely no indication he would do anything like that."

A separate report released Thursday by state police said Hernandez wrote "John 3:16," a reference to a biblical passage, in ink on his forehead and in blood on the wall of his cell. The Bible verse says: "For God so loved the world, that he gave his only begotten Son, that whosoever believeth in him should not perish, but have everlasting life."

Hernandez's right middle finger had a fresh cut and there was blood on adjacent fingers. There also appeared to be a large circular blood mark on each of his feet. A Bible was nearby, open to John 3:16, with the verse marked in blood.

Some inmates said Hernandez had become increasingly spiritual during his time in prison.

"They felt that his suicide had been some sort of religious message," the Department of Correction report said.

The report also said Hernandez knew about Massachusetts case law that says a prisoner's convictions can be erased if he dies before his appeal has been heard, as Hernandez did.

One inmate said Hernandez had recently mentioned that legal principle to him.

"The rumor was that if an inmate has an open appeal on his case and dies in prison, he is acquitted of his charge and will be deemed not guilty," the report said.

Hernandez's lawyers in his double-murder trial have also said Hernandez showed no signs he planned to kill himself, and they have pledged to conduct an independent investigation into Hernandez's death. The defense team also blasted state officials for leaks to the media of some of the information contained in the reports.

The Department of Correction also released prison records showing Hernandez was cited a dozen times for disciplinary issues, including physical altercations with other inmates, possessing a homemade cigarette and lighter, possessing a homemade weapon, getting a tattoo and having another inmate in his cell. Sanctions for those violations included the loss of his phone, gym and yard privileges. The records also say Hernandez was a member of the Bloods street gang and submitted a urine sample that tested positive for Neurontin, an anti-epileptic drug that is also used as a painkiller.

One report says Hernandez was "insolent" toward a correction officer and used a racial epithet after he was cited for tampering with a lock.

Hernandez, who grew up in Bristol, Connecticut, played three seasons for the Patriots before he was released by the team hours after his arrest in June 2013 in the killing of Odin Lloyd, a semi-professional football player who was dating the sister of Hernandez's fiancee. Hernandez was convicted of first-degree murder in that case and sentenced to life in prison without the possibility of parole.? 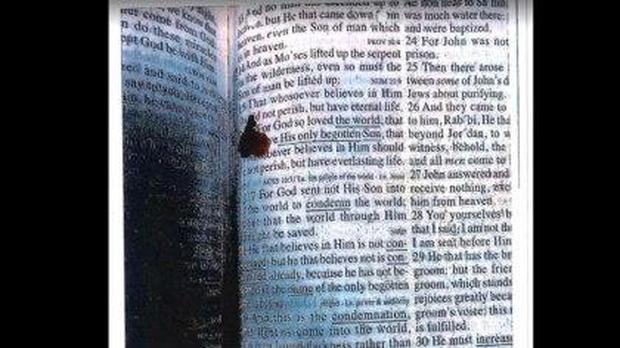