"You took the greatest man on earth:" Daughter honors father killed in hit-and-run 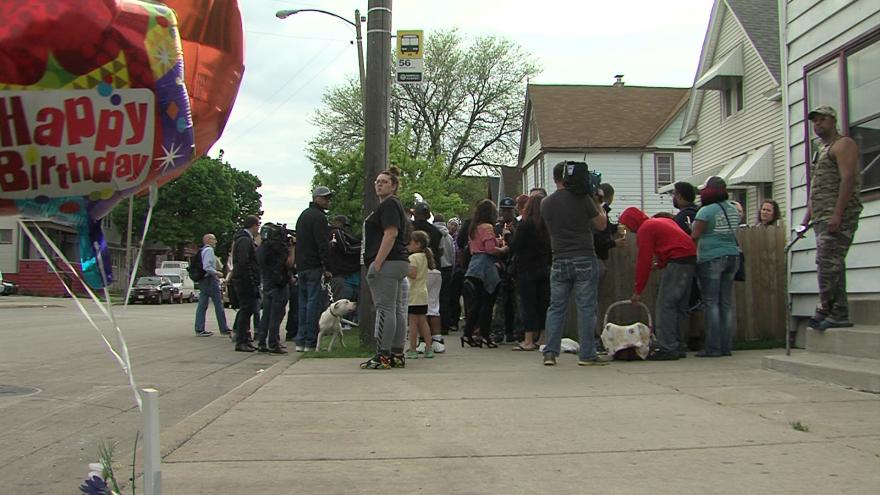 Police are still searching for suspects in a hit and run that claimed the life of a Milwaukee father.

Phillip Frankin was on his way home from work May 10, when he was t-boned by several suspects in a stolen car at 13th Street and Greenfield Avenue in Milwaukee.

Thursday, on what should have been Franklin;s 47th birthday, his family was left to mark the occasion without him.

Phillip Franklin is remembered on his 47th birthday as a man you could depend on.

“Any type of event we did at school, my Daddy showed up and [he] recorded it,” said ,” said Azariah Franklin with a laugh. “Lord knows I hated him in the back with that recording camera.”

People who knew Franklin say even if you weren't family, he treated you like you were.

Franklin was killed driving home from one of the two jobs he had to support his four children.

“I would have the best conversations with my dad,” Azariah said. “Yeah, sometimes dad could be annoying, but that's what I'm gonna miss, having that annoying dad.”

Azariah, who is a sophomore at Iowa State, says even when she was away at school, her dad took care of her, sending care packages.

“He had my Scooby snacks in it, that's all I cared about,” Azariah laughed.

And Franklin always sent daily reminders that he loved his kids.

“I always got a good morning princess, have a good day,” Azariah said.

Now even with heavy hearts, this family has hope that the people responsible will turn themselves in.

“I have hope because if we lose hope then we lose everything,” said Ald. Chantia Lewis, Franklin’s cousin.

And Azariah has a message for the person responsible.

“You took the greatest man on earth.”

Authorities are searching for three suspects. If you have any information, call Milwaukee police.