Women Stopped by TSA for Gun-Shaped Stilettos at Airport 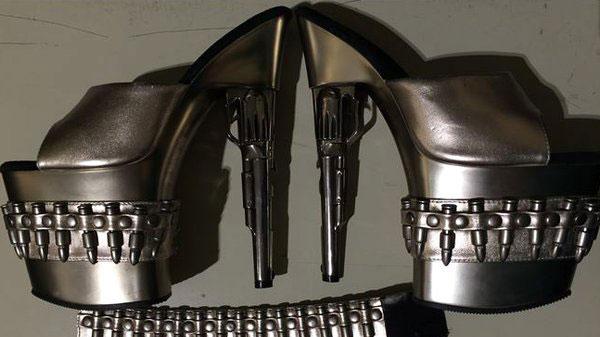 LINTHICUM, Md. (AP) — At the airport, safety is more important than sexy.

That's what a woman found out at the Baltimore-Washington International Thurgood Marshall Airport. Officials say she was stopped Sunday at a security checkpoint with a pair of gun-shaped stiletto heels.

TSA spokeswoman Lisa Farbstein says the stilettos had heels in the shape of handguns and faux bullets around the sole. They were in the woman's carry-on luggage, along with bracelets lined in faux bullets.

Shoes and bracelets that are less than ideal to wear or bring to a @TSA checkpoint. These delayed a traveler at BWI. pic.twitter.com/tZiFkwCBLf

Farbstein says the woman was told that she could put the items in her checked luggage. The woman tried to check the items, but ended up leaving them with the TSA in order to catch her flight.