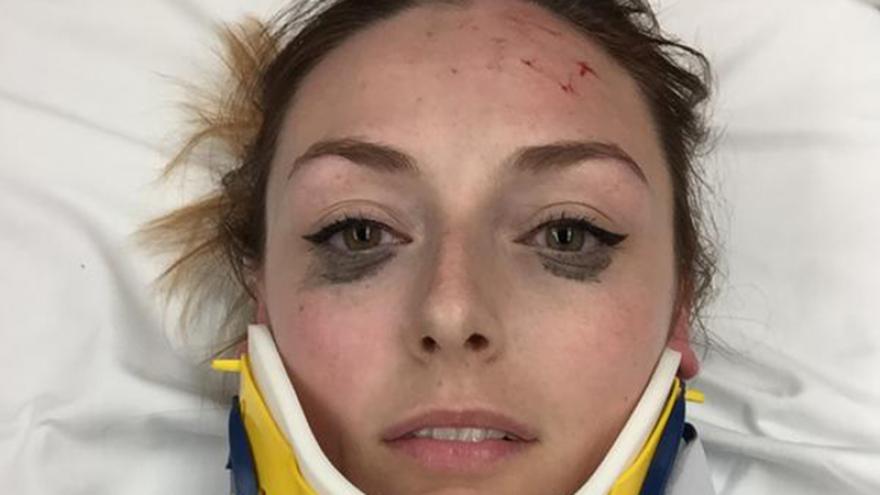 REVERE (CBS) – A local woman’s five-star review of her favorite eyeliner is going viral for an incredible reason.

Shelby Pagan says she’s “never buying any other liner again” after she saw what her Kat Von D Tattoo Liner could withstand. Pagan wrote in her review titled “I was in a car accident and my eyeliner didn’t budge” that last June she was pulled over in her car calling roadside assistance when a distracted driver hit her going 55 mph.

Pagan, a registered nurse, says an ambulance rushed her to the emergency room where she stayed for eight hours.

“My mascara was running down my face from crying and all other products had been wiped off in the transfer to the hospital,” Pagan wrote. “But not my tattoo eyeliner."

Pagan told WBZ she took the selfie to show her mom that she was OK. She shared the photo on Instagram and some people commented on how good the eyeliner look, and so she decided to leave a review.

Eight months later, social media has taken notice. Twitter user @guadalahari wrote that she was shopping for eyeliner online when she saw the unusual photo alongside the review.

“She deada– took a picture in her neck brace I am deceased,” she tweeted.

Pagan, who has since moved from Hawaii to Revere, responded to all the attention on her own Twitter account. She said she had a good reason for taking the selfie and “have you ever seen such a good eyeliner?!”