Woman who kidnapped nephew from Beloit in court 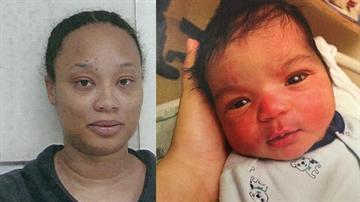 MADISON -- The federal trial for the woman accused of kidnapping her 5-day old nephew in Beloit begins today with jury selection.

Kristen Smith is sitting in federal court today in Madison as jury selection gets underway.

This morning, each person in the 30 potential juror pool stood up and gave the courtroom a summary about themselves.

If the jury selection gets wrapped up early enough today, then we could hear opening statements in the case.

The 31 year old Smith is accused of kidnapping her nephew from Beloit back in February, and taking him into Iowa.

The FBI say smith then dumped the five day old baby outside behind a gas station, leaving him in the freezing cold.

The FBI also say smith later admitted to taking the baby from her sister's home in Beloit.

There is also evidence through face book and emails that Smith tried to fake a pregnancy.

In earlier court hearings Smith's lawyer argued the court should throw out the evidence against her.

That didn't happen, and if Smith is convicted in this case, then she could face life in prison.