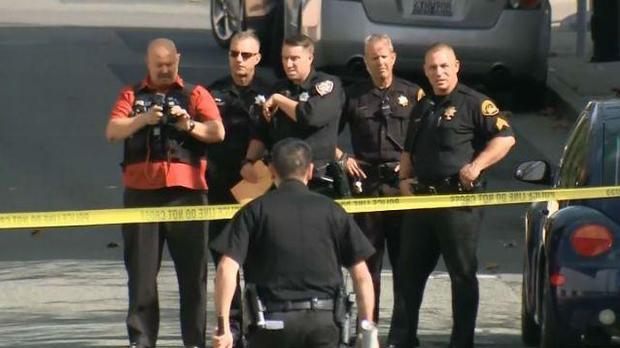 (CBSNews) -- MARTINEZ, Calif. -- A woman who police say jumped to her death off a San Francisco Bay Area bridge after running over her estranged husband and two others described her divorce case as a matter of life and death and said she was suicidal.

Kimberly Goldman, 60, filed for divorce last month and said in court documents she had suicidal thoughts and had made two attempts at suicide, most recently in 1996, the East Bay Times reported Tuesday.

Goldman filed for divorce from her husband Dr. Brian Halevie-Goldman on Oct. 11 and had requested the hearing Monday that she had described as an emergency, according to court documents. They had been married 27 years and have two adult children.

“At the risk of being dramatic, it is a matter of life and death,” she wrote. “Petitioner (Goldman) has $0 left to her name.”

Police say that after Monday’s hearing was postponed, Goldman ran over her husband, his attorney and a woman accompanying the attorney with a rental car outside a courthouse in Martinez. The three were taken to a hospital with moderate injuries. She later jumped to her death from the Benicia-Martinez Bridge.

Bystanders tried breaking the driver-side window of the car to stop the woman from leaving the scene, CBS San Francisco reported. Before the incident, another driver said the woman hit his car and caused him to hit another car.

Halevie-Goldman said in court documents his estranged wife was “very jealous and suspicious of any involvement she perceived between myself and any female I encountered.”

“This was not a lover’s quarrel,” he said. “The female was with the attorney of the gentleman and not tied to (Halevie-Goldman).”

Halevie-Goldman was the former medical director for the Bay Area Laboratory Co-Operative that provided steroids to top athletes. In 2006, he was accused of helping gold medalist sprinter Kelli White obtain illegal performance enhancing drugs and his medical license was suspended for 90 days.