An arrest warrant has been issued for 31-year-old Desirea Hall of Milwaukee.

Officers say she got into some sort of confrontation inside the Walmart store on April 1. She then allegedly used pepper spray on the two in the parking lot. The 62-year-old woman and a 60-year-old man use a wheelchair and a scooter.

Both were treated and released at the scene.

WEST MILWAUKEE, Wis. (CBS 58) – A 62-year-old woman and a 60-year-old man who has health issues were pepper sprayed outside a local Walmart.

West Milwaukee Police are looking for the woman who they say sprayed the two Sunday in the parking lot before running off. They are asking for the public's help in identifying the suspect and accomplice. 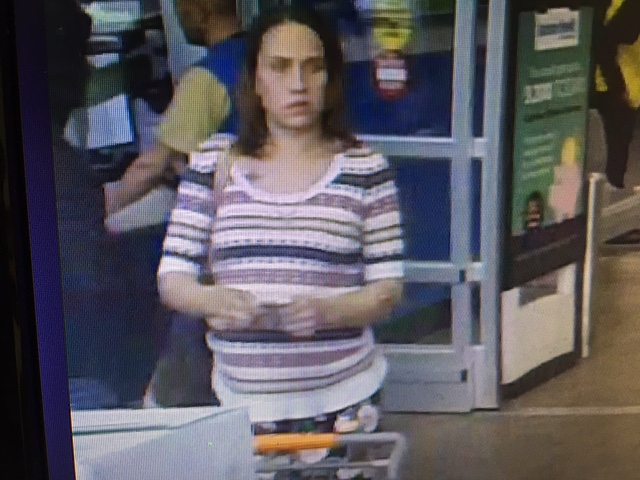 Security cameras caught photos of the woman and a man she was with. Police want to track down both of them. Police were called to the Walmart on Miller Park Way in West Milwaukee for a battery. The man is wanted for party to a crime.

Police say the spray wasn't used in self defense, and the two victims did not deserve the assault.

"From all we're getting at this point it seemed like it was some type of verbal altercation in the store -- what I would call 'shopping rage' to a degree," said Corporal Sean Patyk, West Milwaukee Police Department. "From what we've seen, these people were in no position to attack anyone, so the response given with this pepper spray was uncalled for."

"It's absolutely ridiculous... it's disgusting someone would go to lengths of pepper spraying someone who is elderly and has mobility issues," said Corporal Patyk.

Police say the woman was described as "a white, or Hispanic, female; approximately 30 years of age, brown hair, 5’06”, and 200 lbs. Per surveillance footage, the suspect appeared to be pregnant. The suspect was last seen wearing a white sweatshirt with horizontal red orange and dark colored stripes, and black pants with a white pattern. The suspect was also accompanied by a black male."