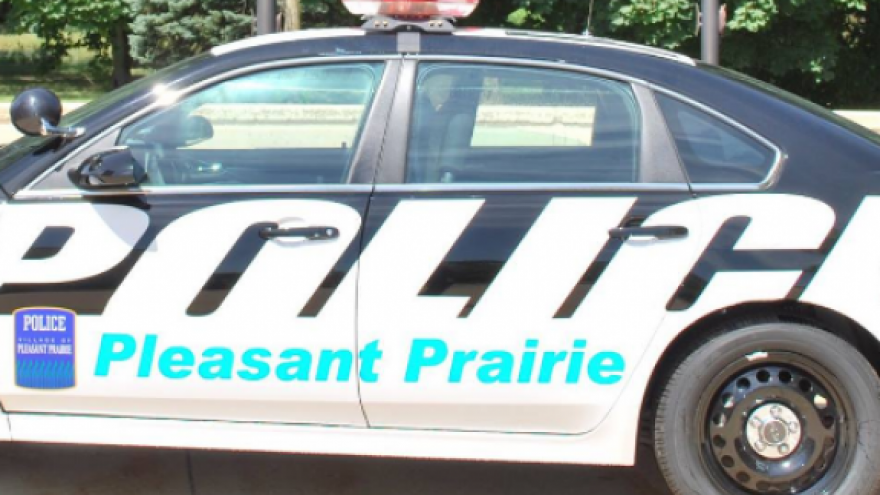 Two people have been arrested after a pursuit in Kenosha County.

The incident took place on Monday, shortly before 5 p.m.

A Pleasant Prairie Police officer approached a vehicle during a traffic stop in the 8300 block of 82nd Avenue.

According to the release, the female driver told police that the man accompanying her had been poisoned. The officer immediately requested that a rescue unit responds to the scene. According to police, the driver then became agitated and drove away from the scene of the traffic stop with the officer in pursuit.

The driver fled through a construction zone and the officer terminated the pursuit due to safety concerns.

A second Pleasant Prairie officer continued the pursuit after the fleeing vehicle left the construction zone. Later in the pursuit, the suspect's vehicle entered the northbound lanes of traffic at Hwy 31 and continued on.

The suspect’s vehicle sideswiped another northbound vehicle at the intersection of 79th Street and Hwy 31 and proceeded with heavy damage on the driver’s side of her vehicle.

Officers, believing that the passenger was poisoned, continued the pursuit into Kenosha where they were able to direct the vehicle into a parking lot.

The driver was identified as Samantha Marie White, a 30-year-old woman from Richland Center. She was arrested and charged with First Degree Recklessly Endangering Safety, Fleeing, Eluding an Officer, and Possession of Methamphetamine and Possession of a Controlled Substance.

The passenger was taken to a local hospital for a suspected drug overdose. he was later arrested for Obstructing after giving officers false identification at the hospital.