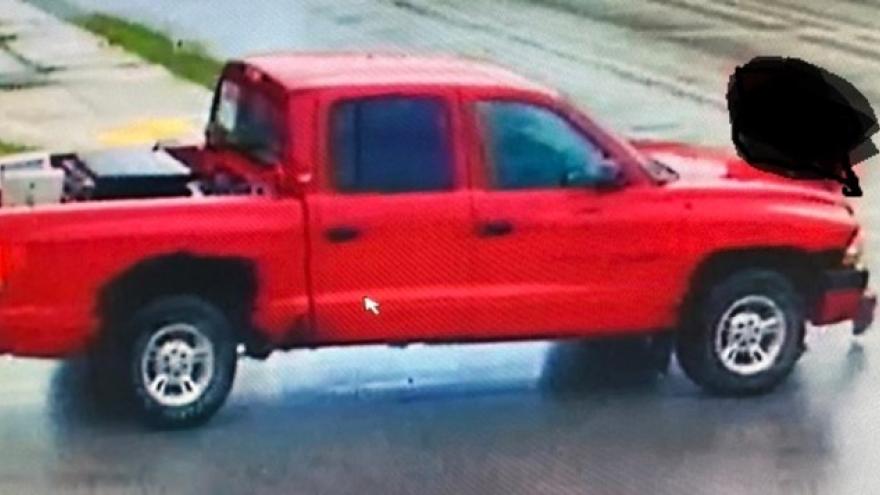 Authorities said a tip led police to a Kenosha residence on Friday, Sept. 11, and officers located both the red truck and a 42-year-old suspect believed to be involved.

Police are referring charges of hit-and-run, causing death against the suspect to the Kenosha County District Attorney's Office.

KENOSHA, Wis. (CBS 58) -- Kenosha police are looking to track down a hit-and-run driver who struck a woman near 52nd Street and 25th Avenue Thursday evening, Sept. 10. The woman later died from her injuries.

The 27-year-old victim was badly injured after being struck, taken to the hospital where she succumbed to her injuries.

Kenosha police are investigating the incident as a hit and run accident, causing death.

If you have information, you're asked to contact Kenosha Police Detective Bureau at 262-605-5203. Callers wishing to remain anonymous can contact Kenosha Area Crime Stoppers at 262-656-7333.