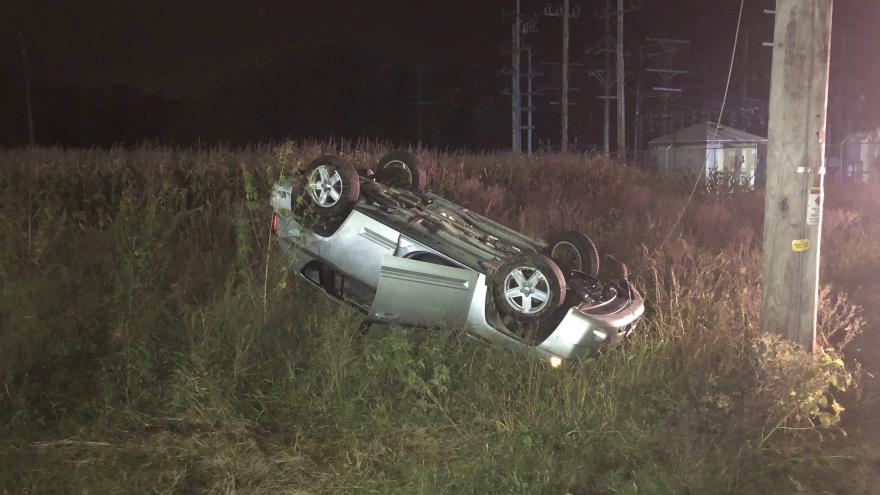 YORKVILLE, WI (CBS 58) -- A 33-year-old Kenosha woman faces her first charge of Operating While Intoxicated following an early morning rollover crash in Racine County.    According to the Racine County Sheriff’s Office, the woman was the sole occupant of a Jeep that rolled over and crashed in the Town of Yorkville just before 2 AM Sunday.

The news release said the jeep was traveling at a high rate of speed, going the wrong way in a roundabout at Spring Street and S Colony Avenue.   The vehicle ended up going into a ditch, striking the guide wire of a utility pole, flipping the Jeep onto its roof.   The woman reportedly received only minor injuries in the crash.

The Sheriff’s Office believes both speed and alcohol were factors in the crash.