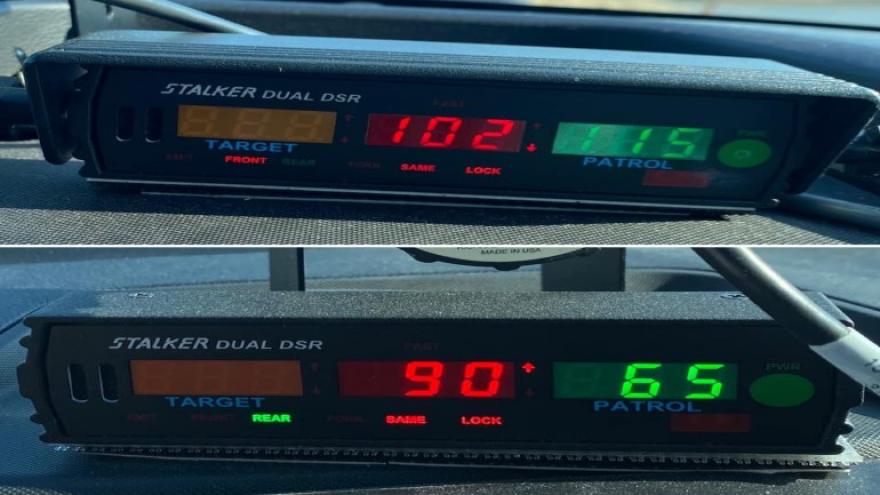 "It's not every day that we see the same car twice," Wisconsin State Patrol said. "But it happens."

Her speeding excuse? The Fond du Lac Post says she had to "use the facilities" to put it politely.

First she was stopped for going 102 mph along I-41 near Oshkosh. Officials say four exits and numerous bathrooms later, the same driver was stopped for traveling 90 mph.

"We would like to remind you that when you speed you risk more than a citation," the Wisconsin State Patrol posted on Facebook. "You risk the lives of everyone else."

FOND DU LAC POST - It’s not every day that we see the same car twice—but it happens. Today, this driver was stopped...