Woman Arrested after Crashing into Fence and Light Pole after Pursuit 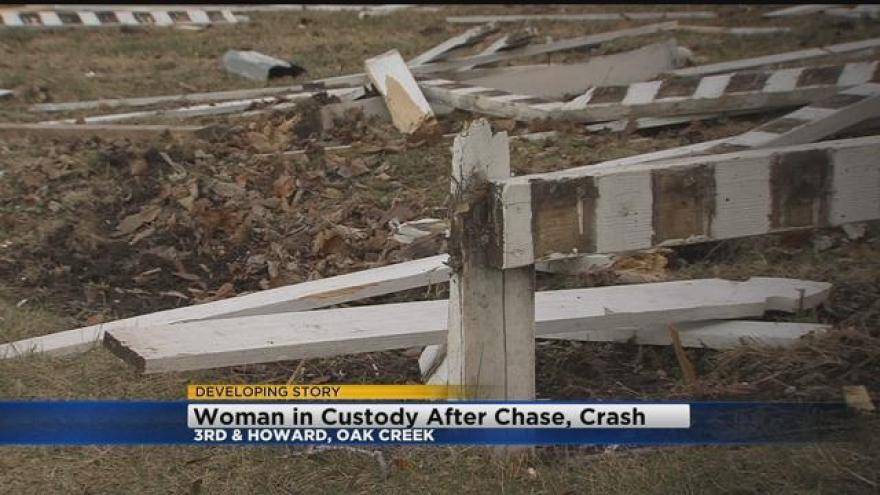 During the early morning of March 21, the Oak Creek Police Department attempted to conduct a field interrogation on a white Nissan Altima that may have been involved in illegal drug activity at the Red Roof Inn on South Thirteenth Street.

Prior to making contact the Nissan Altima fled northbound on I-94 and the pursuit was terminated near the Mitchell Interchange.

Shortly after, the Oak Creek Police Department was informed by the Milwaukee County Sheriff’s Office that the suspected vehicle crashed after exiting onto Howard Avenue. The vehicle struck a traffic light standard, a street lamp post, and a fence.

The occupants fled from the vehicle.  A 21-year-old female in the area was taken into custody regarding this incident. The second occupant has not been located.