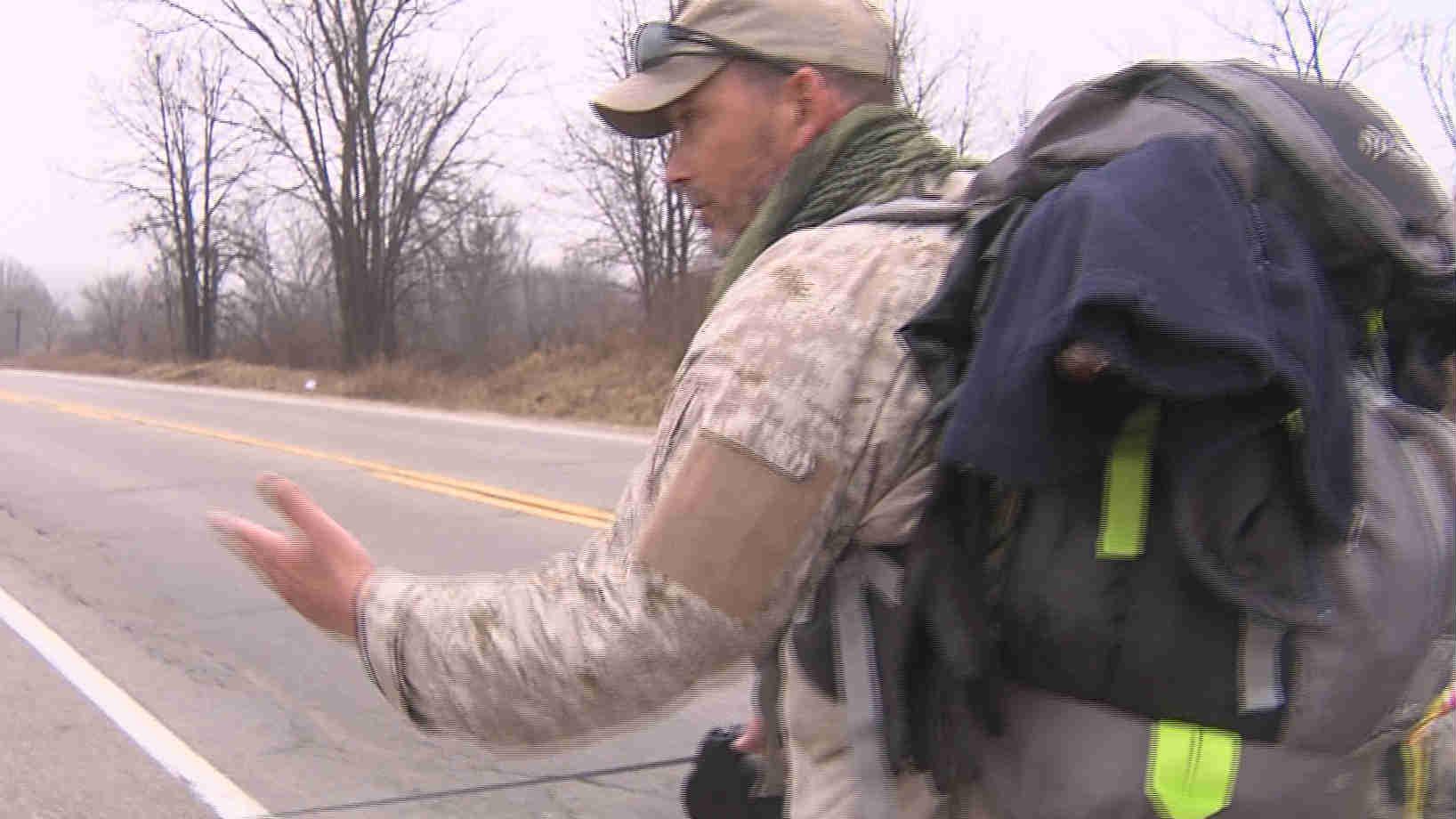 A Wisconsin Veteran is on a monumental mission to make life better for women and men who lost their limbs while serving our country.

Michael Roberts,50, is leaving a lasting impact with every step.

CBS 58 News caught up with the U.S. Army Veteran Wednesday as he made his way from Hartland to Germantown.

He left his home in Waupaca just a couple of days earlier.

He plans to walk more than 8,000 miles around the country to raise awareness for disabled veterans, in particular amputees.

He says our government just doesn't get it.

Roberts is a cold war Veteran and served as a State Department Contractor in Iraq and Afghanistan. He survived an IED explosion in 2006.

His dog Boots is by his side as he travels through Wisconsin, then it's through Illinois and onto California.

We'll keep you update on his progress. He also has a facebook page boots2boots where he provides regular updates.