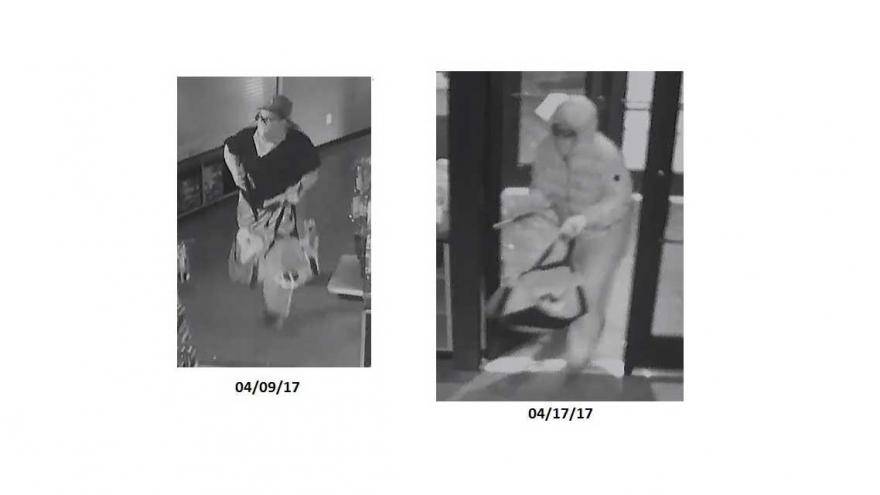 The Wisconsin Firearms Training Center was burglarized on two occasions in Brookfield, according to police.

According to Brookfield Police, the incidents occurred on April 17 and April 9.

The training center is located at 12730 W. Burleigh Road.

Suspect #1 is a heavier set possibly white male and suspect #2 is a thinner build possibly white male. On both occasions, suspect #1 carried a red Adidas athletic-style bag. The suspects stole two Mossberg shotguns during the first burglary and boxes of ammunition in the second burglary.