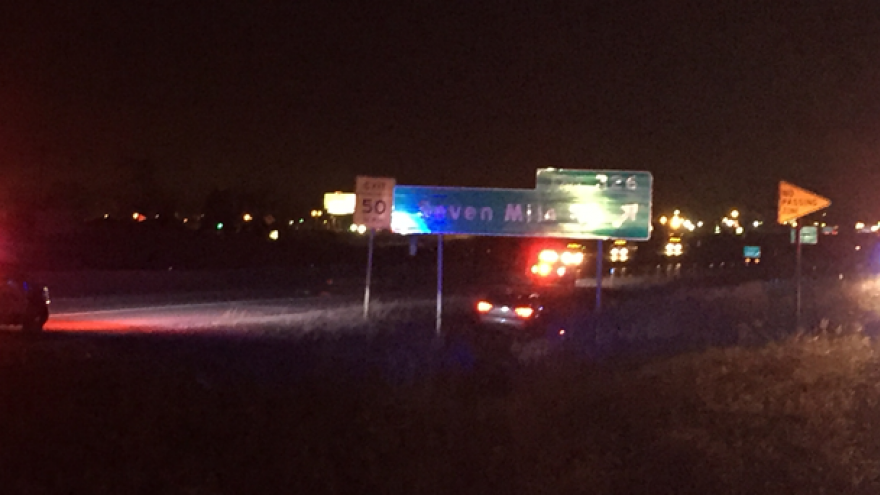 For nearly five miles with speeds reaching 115 miles per hour late Sunday night, Racine County Sheriff’s Deputies pursued five vehicles north along I-94.  The vehicles had been reported stolen from a car dealership in Libertyville, Illinois earlier in the night.

The pursuit in Racine County began just south of CTH K around 11:30 PM.   Several deputies reported seeing cars operating without their headlights on and driving at high rates of speed.  Spike strips were used to slow one of the vehicles at CTH G.   That vehicle traveled a short distance, struck a second vehicle and careened into the ditch.  Two males exited the vehicle and then fled on foot.  Authorities could not find the pair despite an extensive search.  They are described as 5’6” tall, in their mid-teens with short dark hair.  One is wearing a black hoodie and the other a blue hoodie.

The second vehicle spun into a highway wall.  There were two occupants in that vehicle.   One complained of shoulder soreness but refused treatment.

I-94 was shut down for about 2 hours following the pursuit and crash.