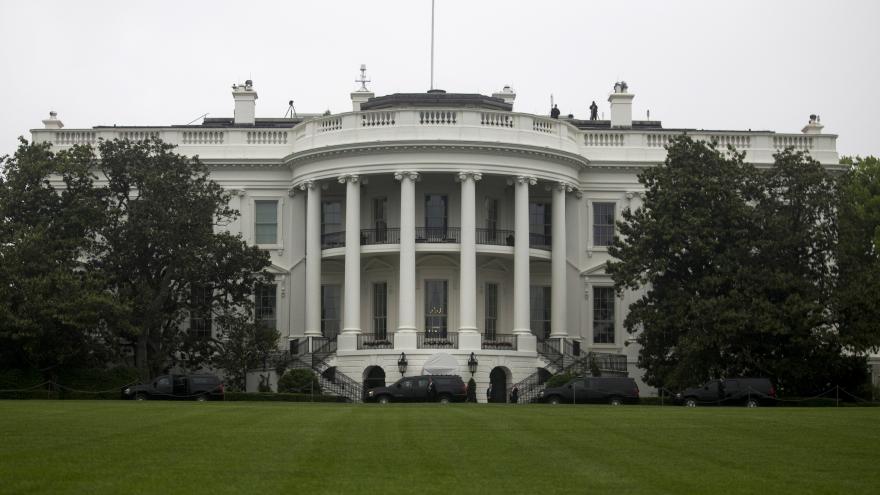 (CNN) -- President Joe Biden will convene a White House conference in September focused on ending hunger and improving nutrition across the nation, a White House official told CNN, as the US sees higher rates of food insecurity amid the coronavirus pandemic.

The last time the White House hosted a conference focused on food insecurity was more than 50 years ago, when President Richard Nixon hosted the White House Conference on Food, Nutrition and Health in 1969. That landmark event led to expansions of the food stamp program and the school lunch program, creation of the Special Supplemental Nutrition Program for Women, Infants and Children, and improved nutrition labeling.

The White House hopes this year's conference will result in a plan to help reduce rates of diabetes, obesity and hypertension among Americans and accelerate efforts to end hunger across the nation.

"Too many families don't know where they're going to get their next meal," Biden said in a video announcing the conference. "Too many empty chairs around the kitchen table because a loved one was taken by heart disease, diabetes or other diet-oriented diseases, which are some of the leading causes of death in our country."

The pandemic, the President said, was "a stark reminder of the need for urgent, sustained action. As more Americans experienced hunger we saw diet-related diseases heighten the risk of severe Covid. It's time we make real change."

The conference is expected to be attended by advocates like chef and humanitarian José Andrés, as well as representatives from food companies, the health care community, and local and state governments.

Andrés spoke with CNN shortly after returning from Ukraine, where he and his team at World Central Kitchen have worked to feed thousands of Ukrainians fleeing the war.

"If Ukraine is showing us anything it's that we take food for granted," Andrés told CNN. "And the world is about to go hungry because the war is happening in Ukraine."

Russia's war on Ukraine has affected global food supplies, causing the prices of key agricultural products produced in the region -- including wheat -- to skyrocket and many countries are fearing shortages. The cost of soybeans, corn and vegetable oils has also increased.

"America, the most powerful country in the history of mankind, has the tools to make sure that no children are hungry, that no family should be feeling shame by not being able to feed themselves. The federal government must be here to be the wind behind the sails to move the ship forward," Andrés said.

Andrés said these types of White House conferences should happen every other year, not every 50. He expressed optimism that real progress could be made on several issues, including ending food deserts and expanding access to nutritious school lunches.

Democratic Rep. James McGovern of Massachusetts, the chairman of the House Rules Committee, spearheaded an effort to get the White House to host the conference and pushed for $2.5 million to be allocated in a government funding package to host the event.

Last month, when Biden signed the package into law, McGovern celebrated the inclusion of the money to host the conference and said it had the potential to be "truly transformational." The congressman has long been working with his Democratic colleagues to end food insecurity in the country.

"We should all be ashamed that tens of millions of our fellow citizens don't know where their next meal will come from. America is a land of abundance. We have more than enough to feed everyone. What we lack is the moral vision and political will to act," McGovern told CNN, saying that will soon change. He credited his mentor, the late former Democratic Sen. George McGovern of South Dakota, with pushing for the first conference in 1969.

Biden's domestic policy adviser, Susan Rice, said in a statement that "no one should have to wonder where their next meal will come from."