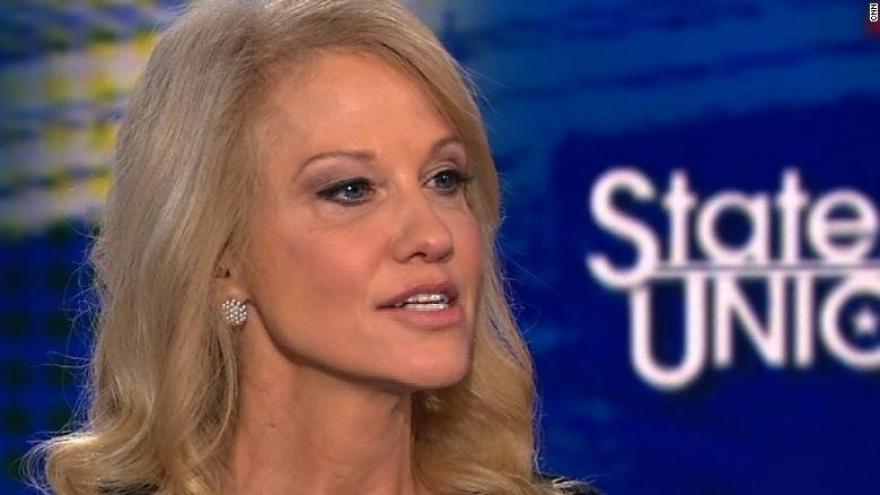 (CBSNews) -- While defending Supreme Court nominee Judge Brett Kavanaugh on Sunday, White House counselor Kellyanne Conway revealed she herself had been a victim of sexual assault. Conway briefly acknowledged her past assault during an appearance on CNN's "State of the Union" on Sunday, arguing that perpetrators should be solely responsible for such crimes.

"Let's just be honest with what this is about. It's raw, partisan politics," she said. "I want those women who were sexually assaulted the other day who were confronting Jeff Flake, God bless them, but go blame the perpetrator. That's who's responsible for sexual assault, the people who commit them."

When asked about allegations by several women who say President Trump had sexually assaulted them, Conway told CNN's Jake Tapper not to "conflate" the two issues.

"Don't conflate that with this and certainly don't conflate it with what happened to me. It'd be a huge mistake, Jake. Let's not do it. Let's not always bring Trump into everything that happens in this universe. That's mistake number one," warned Conway.

Conway also slammed lawmakers who "refused" to remove former President Bill Clinton from office for his sexual misconduct while pushing for an FBI investigation in allegations against Kavanaugh.

"The hypocrisy is ridiculous and if not one Senate Judiciary Committee member changes his or her vote because of what they learned from the FBI investigation, that tells you all you need to know about what the president and Judge Kavanaugh [have] said is a sham," said Conway.