What's With All the Clowns Everywhere? 6 Legit Possibilities 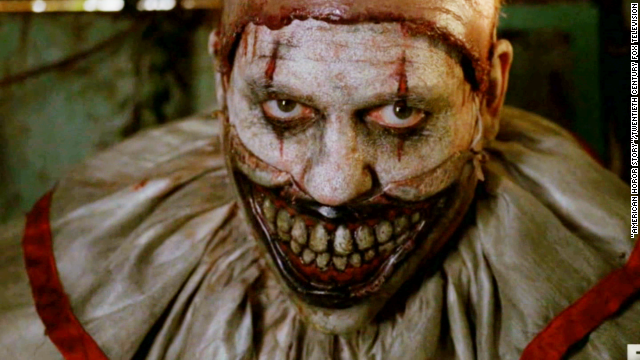 Thanks, America. This is just great.

Unless you've been hiding under a rainbow novelty wig, you know communities around the country have been perturbed by sightings of clowns or possible clown-related threats or any manner of creepiness ranging from flat-out hoaxes to actual credible events.

People have been arrested. Schools have sent out warning letters. Social media is crawling with creepy, homemade clown videos. And it came up at the White House media briefing this week.

It's so weird, even Stephen King wants people to chill.

When the dad of "It" wags a finger at this nonsense, you know it's serious. But still, we need an explanation for why, all of a sudden, there are clowns running amok in our neighborhoods and imaginations. Six (mostly) legitimate possibilities:

1. It's folklore with a modern twist

Benjamin Radford is a folklorist and the author of the non-fiction book "Bad Clowns," so he's definitely someone you'd want to call with any clown-related concerns. He says the current fad we're enduring is nothing new, and similar waves of stories and hysteria have happened before.

"In the 1980s there were these 'phantom' clown reports," he says. "There were stories out of Massachusetts of schoolchildren saying they were chased or lured by clowns, and parents and teachers took it seriously."

If that sounds familiar, it's because the pattern closely resembles one of the first clown encounters that tipped off this latest fascination: In August, kids in an apartment complex in Greenville, South Carolina, reported seeing clowns in the woods, trying to lure them into the darkness.

In the '80s, like now, the stories caught on even though they remained unsubstantiated.

"Many of those reports were hoaxes, some were pranks, and some were schoolyard rumors, but the stories continued, in Chicago, Baltimore, and even in the UK."

In other words, there's a "snowball effect," Radford says, where rumor and legitimate concern mix with our human penchant for a good story.

Since the events in Greenville, clown sightings have been reported in several states, and some people have actually been arrested for scaring people in costume, making clown-related threats, and in one case, chasing kids with a baseball bat while wearing a clown costume.

These pranksters and trolls only serve to strengthen a pretty pervasive myth.

Think about it. It makes sense. Here were are, all talking about clowns. Is someone capitalizing on the fascination?

It wouldn't be unheard of. Radford says creepy clown imagery has been used in viral marketing before, and the whole point of stunts like that is to get people talking.

In fact, one creepy clown video from Agwam, Massachusetts, has already been revealed to be a viral marketing stunt for a local haunted house. So even if this whole clown thing didn't start off as a marketing ploy, it's certainly created some fertile ground.

It's also hard to ignore the fact that, you know, there's a remake of the classic horror story "It" coming out next year. While it seems like perfect timing, the movie's makers aren't toying with your delicate emotions just to get you in the theaters. A Warner Brothers spokesman told CNN there is "absolutely no connection" between the film and recent clown sightings.

3. It's an expression of human anxiety

Clowns are a source of childlike amusement, but they can also be scary and weird. Life is also scary and weird. It's not a coincidence. Perhaps clowns are like specters of anxiety and discomfort, bogeymen that personify our deepest fears.

"These sorts of panics tend to surface when there's underlying social anxiety," Radford says. "This is an election year, there's lots of political and ideological divisions, there's also of course [the awareness of] school shootings and terrorist attacks." That last part explains the kernel of concern from parents and law enforcement. Even IF most of these sightings and incidents are overblown, why take chances?

Radford says the clown sightings of the 1980s came at a similar time -- one of cultural upheaval. "There was the satanic panic, the hysteria over Dungeons and Dragons, and sensationalized media reports of Satanists trying to abduct children," he says.

It's a different world today, but underlying patterns are the same.

"These reports get circulated, often sensationalized, there's a smattering of rumors and urban legends, and then there's some idiot who actually dresses up, and then before you know it there's lockdowns and arrests," he says.

If you want to creep yourself out, scroll through one of the several recently-created "clown sighting" Twitter accounts. They're full of horror-movie-quality clown videos, ostensibly documenting clown encounters in the wild. (FYI, the video below has some strong language).

Amidst the sightings -- real or not -- the hashtag #IfISeeAClown took off to predictably hilarious results. Obviously, if we're going to get all upset about clowns, social media users are going to find a way to cash in.

"The scary clown image is perfect for social media. It is custom-made to go viral," Radford says. "You have something that is both scary and funny. It's this combination of horror and humor, laughter and fears."

It's all part of the folklore tradition, but instead of sharing around fires and whispered bedtime conversations like we used to, we re-tweet and post about it, embellishing and adding additional touches along the way.

"It's called ostentation," Radford says. "The idea that you are enacting a legend. People see this scary clown narrative happening on the news, and they're like, 'Hey i want to be a part of this!'"

5. It's an augmented reality game

Do you remember Slenderman, the creepy internet character that figured into a brutal teenage stabbing case in 2014?

To some people, Slenderman was part of what is called an "augmented reality game." No, not like Pokemon Go -- think of them more like puzzles and interactive narratives that supposedly take place in the real world and are told over various platforms. It's a souped-up version of a myth, and part of the fun of an ARG is immersing yourself in the make-believe of it all.

There's no hard evidence to suggest this clown fad is actually part of an official or organized augmented reality game, but given the way it's spread and documented online, it's not hard to imagine the spirit of ARGs has infused some of the storytelling. Imagine this situation: Someone dresses up like a clown or leaves a clown artifact around for someone else to find and document.

6. It's not always just make believe

Hey, the easiest explanation is that there really are a bunch of creepy clowns out there hell-bent on some nefarious end. Call it Occam's Rubber Nose.

But if you really want to take it seriously, the recent spate of creepy clown news is disturbing precisely because it's hard to tell where myth ends and reality begins -- we know, intellectually, that it's mostly a bunch of hogwash, but then someone gets arrested for making violent clown threats and we start to question it all.

"Rumors can have consequences," Radford says. "This isn't just fun. People are scared, there have been cases where people have become violent [Editor's note: Or shot at other people, out of fear ]. I think the important thing for the public to realize is underneath all of these sensationalized headlines, there isn't any original threat. The real threat is overreaction to the story, not the clowns themselves."