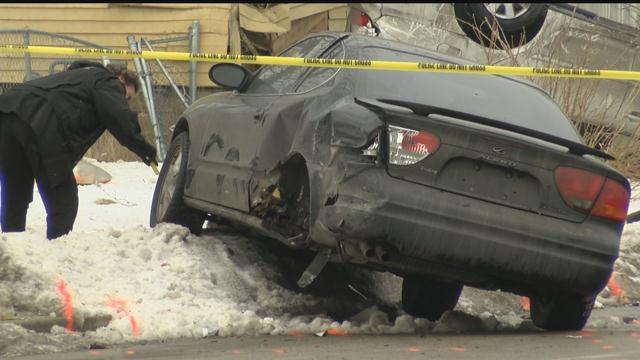 On the streets of Milwaukee, police respond to more than 20 stolen car reports every single day.

But the raw numbers aren't their only concern.

So who better to crack down on teen car thefts, than other teens?

Enter the Milwaukee Youth Council, made up of 12 teenagers who serve as Alderman for their districts.

The council is launching a new campaign called #NoFreeRides. They plan to flood social media with the dangers involved with stealing cars.

"When you steal a car, there's no such thing as a free ride," says Council President Kalan Haywood II. "Either you get caught, or you end up in a car accident, because a lot of the time teens who steal cars don't have driving experience."

"Hearing from their peers is different, because we're going through the same things, so we can understand them. When you hear it from someone older, it's like their chastising you, or telling you what to do, but we're all in the same situation."

A situation that police say they could use the help on

"It warms my heart to see the young people proactively trying to make sure that their classmates are not getting involved in this type of activity," says Burke.

"We can't take care of everything," says Haywood. I can't say there won't be any more car thefts, but we can try to diminish the amount."

The council hopes to begin the campaign at some point this spring.