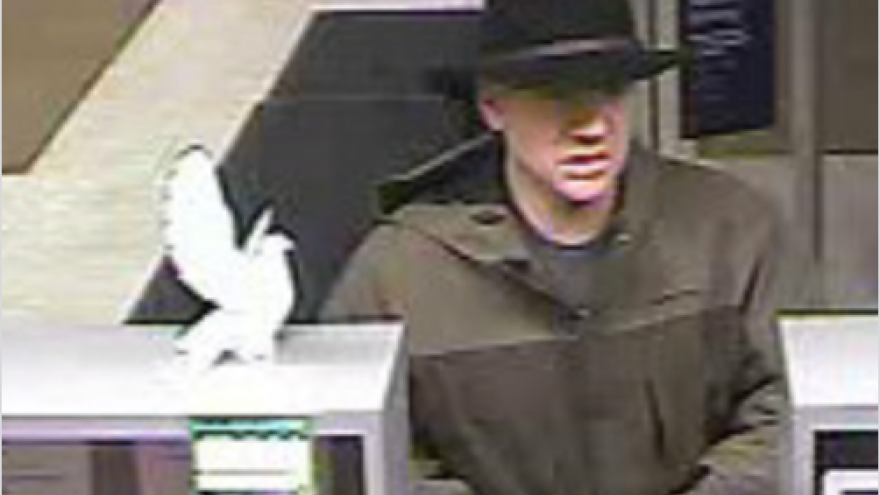 WEST BEND, Wis. (CBS 58) -- A citizen called the West Bend Police Department on January 17 saying that he recognized the suspect. During the evening of the 17th, officers found the suspect at a house in Hubertus.

Police arrested a 32-year-old man for the bank robbery.

According to police, the suspect entered Chase Bank, located at 801 W. Washington Street, around 1:20 p.m. on Monday.

The suspect implied he had a weapon and demanded money.

He then fled with an undetermined amount of money.

The suspect is described as a white male, 5'10, 200 pounds, wearing a fedora style hat, a brown coat, and blue jeans.

Anyone with information is asked to call West Bend Police.