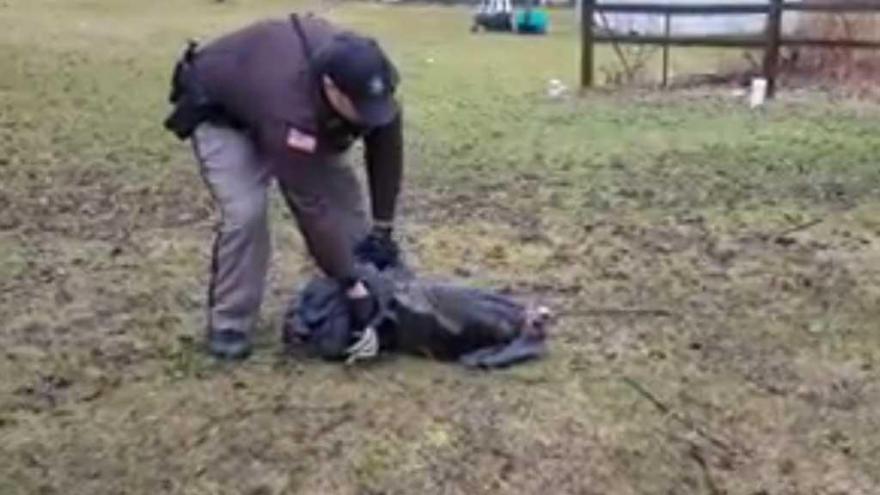 Two Washington County Sheriff’s Deputies rescued a turkey that broke into a second story window of a home in the Town of West Bend on Sunday.

According to Washington County Sheriff’s Office, the homeowners heard a commotion in an upstairs bedroom and found a turkey peering back at them from atop the bed.

The detectives used a blanket to safely extricate the unharmed turkey to the backyard.