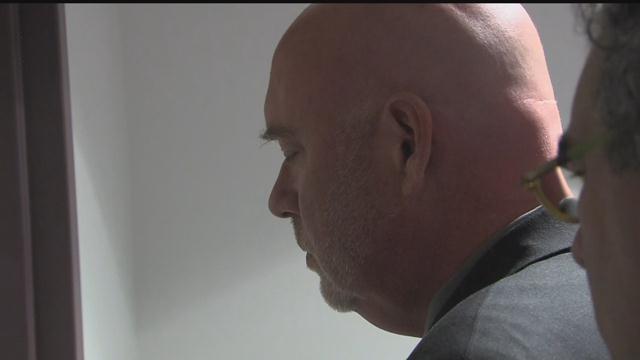 A city administrator, caught in an underage prostitution sting faces a judge.

Thomas Justice is still being paid by the people of West Bend until his resignation takes effect in a few weeks.

He's stepping down in light of these very serious charges against him.

Justice did not say a word inside of the court order to the media.

It was his first court appearance is since the arrest

Police say Justice was caught trying to meet a 16-year-old girl in Muskego where he was willing to pay her hundreds of dollars to have sex.

He already posted bail and used this morning to clarify some of the terms of his release.

Including unintentional contact with underage individuals as well as clarifying when and if he can use the internet.

The judge told him he could only use it for searching for jobs since he resigned as the city administrator of west bend last week. He could also use it for any job function required, should he find a job.

Justice’s attorney advised him not to speak to the media.

His attorney did speak with us but didn't say much.

This is what his attorney told us when asked don't the tax payers deserve a response and apology.

Justice will be back in court for a status preliminary hearing on May 20.