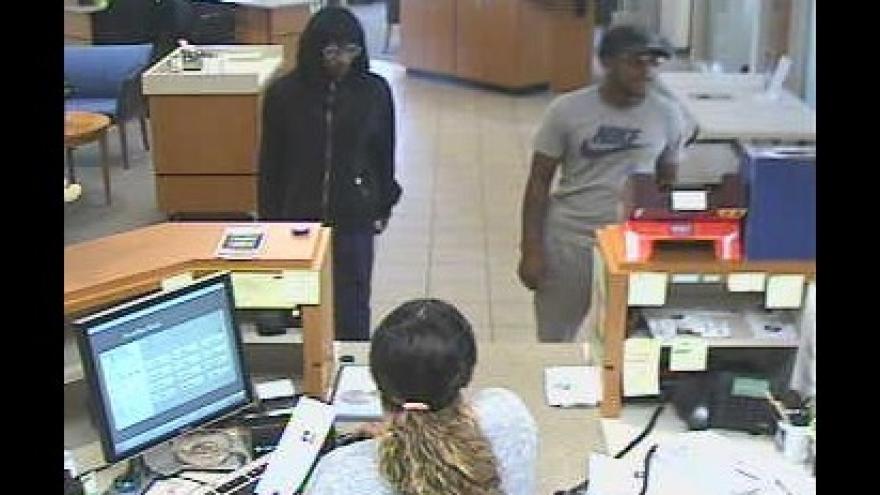 According to police, the two men entered the bank located at 80th and National, demanded money, and displayed a firearm. The two men then fled the bank on foot.

The suspects were seen entering a smaller, gray SUV with tinted windows.

The first suspect is described as an African-American male, approximately 5'8 to 6'0 tall, and a medium build. He was last seen wearing a gray t-shirt with the word "NIKE" spelled out in the center of it with large navy blue lettering. Under the word, "NIKE" was the Nike "swoosh" which was also navy blue colored. This suspect was also wearing gray sweatpants, sunglasses, and a dark colored baseball hat. 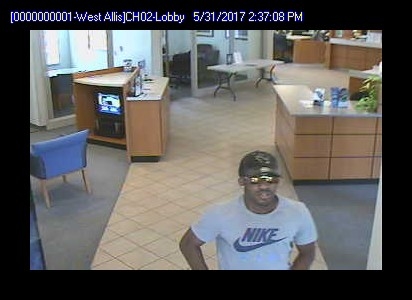 The second suspect is described as an African-American male, 5'8 to 6'0 tall, with a smaller build. He was wearing a black zip-up sweatshirt, dark colored gloves, a long black wig, sunglasses, dark blue pants, and dark colored shoes with white trim.

Anybody with information regarding this robbery and/or the identities of the suspects is encouraged to call the West Allis Police Department at 414-302-8000.

The investigation remains ongoing. Stay with CBS 58 News for more information on this developing story.