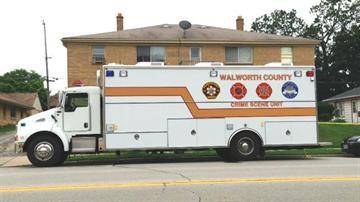 Investigators have identified one of the two victims as 37-year-old Laura Simonson of Farmington, MN. Simonson was reported missing on November 22, 2013.

There is still no positive ID on the other homicide victim. Police say she is a white woman aged 15-35, 5'2\"-5'4\", and weighing between 120-140 lbs. The unidentified victim has long black hair, a pronounced overbite, two piercings in each ear, and a heart tattoo on the lover left abdomen. Police released a rendering on what the other woman may have looked like.

Members of the Walworth County Sheriff's Department are canvassing the neighborhood Zelich lived in near the intersection of 81st and Lincoln Ave. West Allis police are assisting in this investigation. The F.B.I. has also become involved in this death investigation.