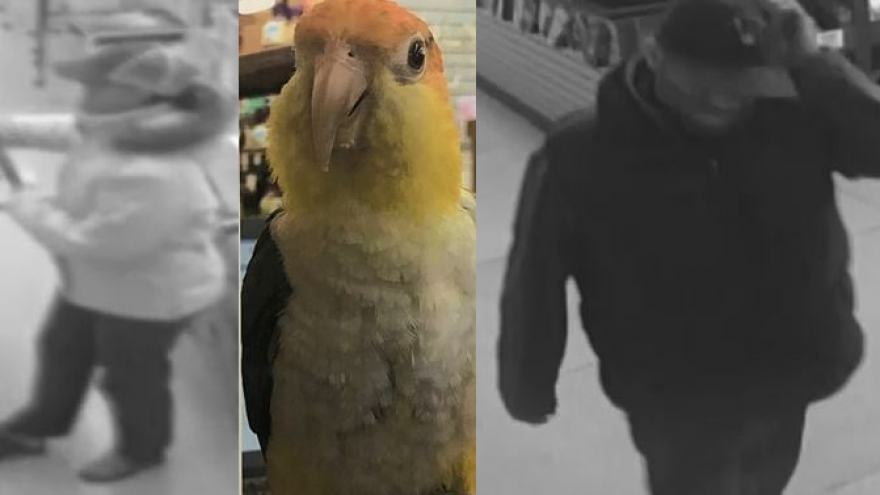 WEST ALLIS, Wis. (CBS 58) – The West Allis Police Department is asking for help in identifying suspects from a 2017 theft of a parrot from a local pet store.

Police say they received several leads shortly after the theft, but ultimately did not identify the suspect or find the parrot. Recently, police got information on a second suspect.

Anyone with information is asked to contact police at 414-302-8086 or remain anonymous and be eligible for a reward by calling Crime Stoppers at 414-476-CASH.