"Welcome to Cleveland" on Milwaukee rooftop getting attention again 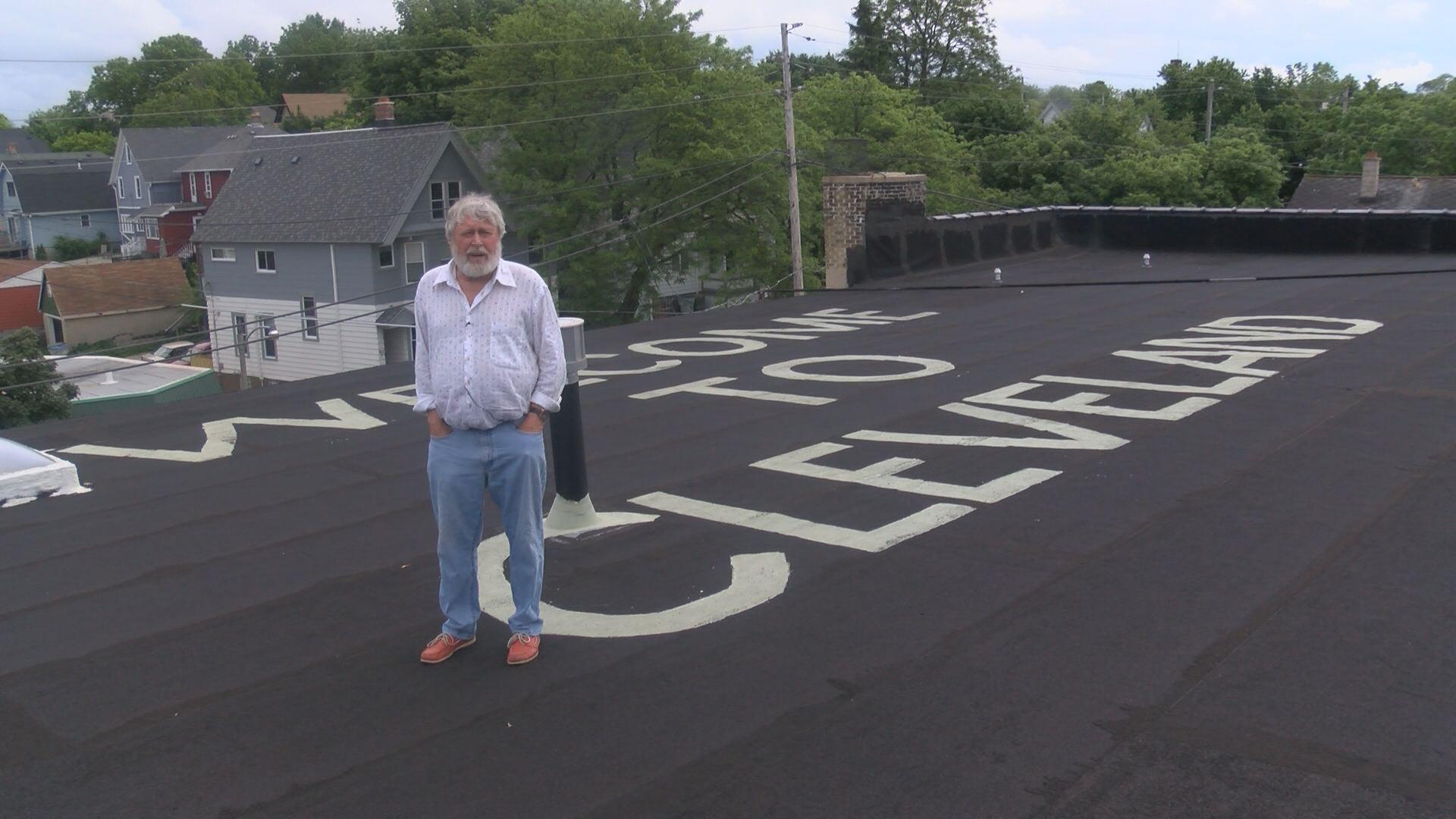 \"Welcome to Cleveland\" isn't a greeting you'd expect when you arrive in Milwaukee , but one local man painted that on top of his Bay View building near the airport.

Mark Gubin actually did it decades ago and it's once again drawing attention from around the world.

Gubin said he randomly came up with the idea while having lunch with someone back in 1978.

It caused a stir back then, newspapers across the country took notice, the Common Council tried to make him take it down, but eventually grand fathered him into a new law they passed so others wont do the same thing.

As long as Mark continues to keep the sign visible and freshly painted it can stay on the roof.

Once again, Gubin's roof is putting Milwaukee on the map....literally, you can see it on Google maps.

We don't know why it's being picked up again, but the picture and story are being spread all over the internet at places like GQ and the Daily Mail.

It was posted about on Reddit on Friday June 12th.

\"My original intent was, it's a hard cruel world, and I wanted to make someone smile a little bit,\" he explained.

Mark, a photographer and artist, said it continues to surprise him that his roof time sign keeps gaining new life.

Gubin, now retired, plans on keeping the sign going which means keeping up the comical confusion for incoming flights into Milwaukee

\"That's maybe why I like it, because there's no practical reason for having it,\" he said playfully.