Weissgerber Gasthaus to Close after 33 Years in Waukesha 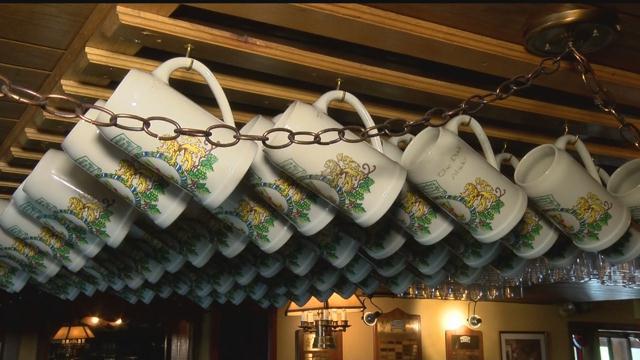 It's a sad week for beer drinkers in Waukesha preparing to say 'auf wiedersehen' to one of their favorite German restaurants.

This Saturday after 33 years in operation Weissgerber's Gasthaus will have its last call before its demolished to make room for a strip mall.

Management announced the closure this weekend after months of speculation what would happen. Now regular customers and just people with good memories of the specialty restaurant are rushing to make reservations.

Located at the corner of North Grandview Boulevard and Silvernail Road, Weissgerber's Gasthaus is only open for the dinnertime hours.

But Sue Wehner says that's better than not being open at all. She's a bit of an optimist.

"And this is there last week and I thought I must come here before they are gone," Wehner said.

"My husband and I had our wedding reception here back in 1995," Wehner said.

Wehner says it was the perfect place for a party. Currently Gasthaus even serves their own brand of beer brewed in Stevens Point.

And at the bar if you're a part of a club you can order beer and keep track of it by the stein.

"And you can see how many steins he has consumed," Weissgerber said showing off a notecard with dozens of dash marks on it. This is the system they use to track who drank what.

"We have a couple members now who have consumed over 3,000 liters. And that would mean probably a hundred half barrels," Weissgerber said, laughing.

"We developed a lot of loyal customers over the years and this is kind of their go-to place. And now it won't be there anymore and that's hard," Weissgerber said.

Weissgerber says at one time he and his brother dreamed of expanding the restaurant even further. But within the last few years his brother passed away. Now he has realized that to keep the restaurant going it would cost a lot of money and take a lot of effort.

"I'm in my 70s now and my children and my brothers children really were not able to step to the plate and make all that happen," Weissgerber said.

But what's set to replace the restaurant is a difficult idea to handle for regulars: a strip mall including a coffee shop and a stand-alone Panda Express is planned for the area.

"Younger generations that are growing up, they don't have that cultural connection that the older generations have had. So yes, I think it's sad that these types of places are leaving us. But I think it's unavoidable," Weissgerber said.

People will, however, keep their lucid memories. And for the Stein Club - they'll take something else.

"Well we'll give each one of them their stein. They can have their stein and we'll fill it up for them and that will be it," Weissgerber said.

The final Stein Club meeting is this coming Wednesday along with their weekly classic car show.

The last day open is Saturday but you should try to make reservations to gauge how busy it will be.