We Are Feeding Milwaukee 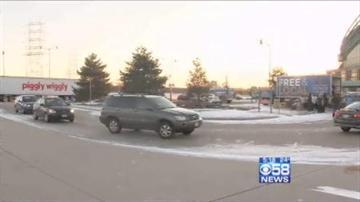 MILWAUKEE-CBS 58 News is pleased to report that we surpassed our goal of collecting food for Hunger Task Force with our \"Day Before Thanksgiving\" Food Drive.

An estimated 1,000 cars had lines up before dawn when the CBS 58 News Morning News first began broadcasting live.

As of 5 p.m. with still an hour to go Hunger Task Force leader Sherrie Tussler:

The Connolly brothers also stopped by. Will who attends Brookfield Academy said, \"I thought it was going to be cold but it turned out to be a lot of fun.\"

CBS 58 News thanks everyone who made a donation, or volunteered to gather items. Happy Thanksgiving. Together, we are feeding Milwaukee.