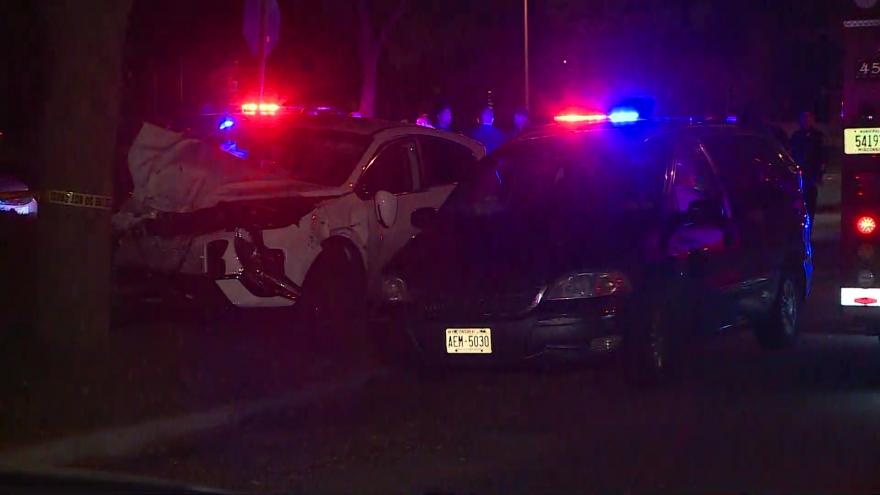 It started in Wauwatosa and ended in Milwaukee's Sherman Park neighborhood near 42nd and Auer.

Wauwatosa police say the suspect's car clipped at least one vehicle during the chase.

Police have not yet confirmed any injuries.