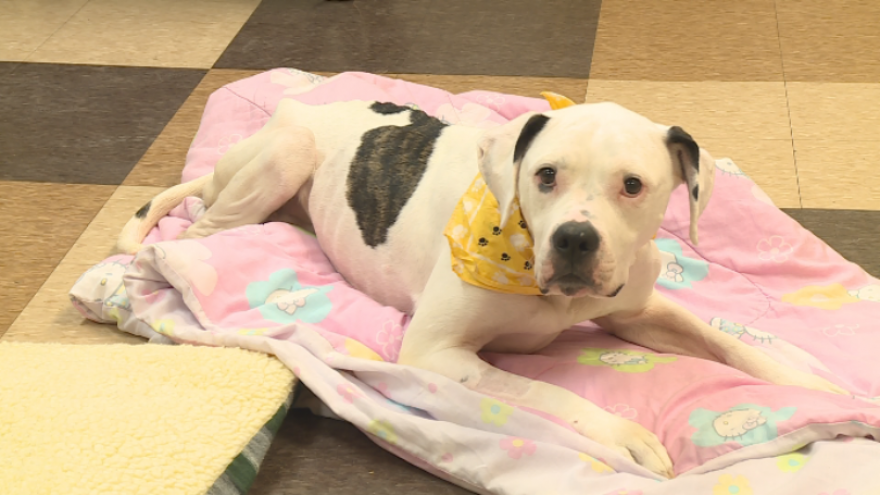 WAUSAU, Wis. (WSAW) -- A 44-year-old Wausau man has been charged with abandoning his paralyzed dog on a frozen creek earlier this year.

David Coleman is free on a $600 signature bond.

Police say the dog, 'Juneau' was found Jan. 11 near Town Road and County Road J east of Wausau. Officers initially believed the dog was dropped from the bridge resulting in mobility issues.

The dog was taken to the humane society and later a veterinary clinic. X-rays shows a tumor on the dog's spine indicating the dog had been immobile for quite some time.

Deputies received a tip identifying the dog's possible owner. Coleman was interviewed and said he could not afford to have the dog put down and gave her to a friend to have her euthanized. However, he reportedly told another person the dog was 'missing'. The reporting party said that story did not make sense as the dog did not have the strength to walk.

According to court documents, Coleman later said he went to the bridge with the intention of ending his own life. That's when he said he bought the dog and drank a bottle of vodka. He later left and forget he left the dog behind. Coleman said he went back to the area, but because it was night, he could not find her.

Coleman is charged with abandoning an animal and obstructing an officer.

A one day trial is scheduled to be held July 10.